April O'Neil, the human friend to the Teenage Mutant Ninja Turtles was one of my most desired figures during my big TMNT collecting days. I'm talking about when I was in 1st and 2nd grade. She was impossible to find. I had almost all the other characters show on the early card backs. This one time my Mom took me to Toys R Us (which didn't happen often because it was 40 minute away) they had just restocked for a big sale. My Mom let me pick out a bunch of toys that day, but I had to wait a month or two until my Birthday to get them. She bought me April, Shredder, Usagi Yojimbo and Ace Duck. 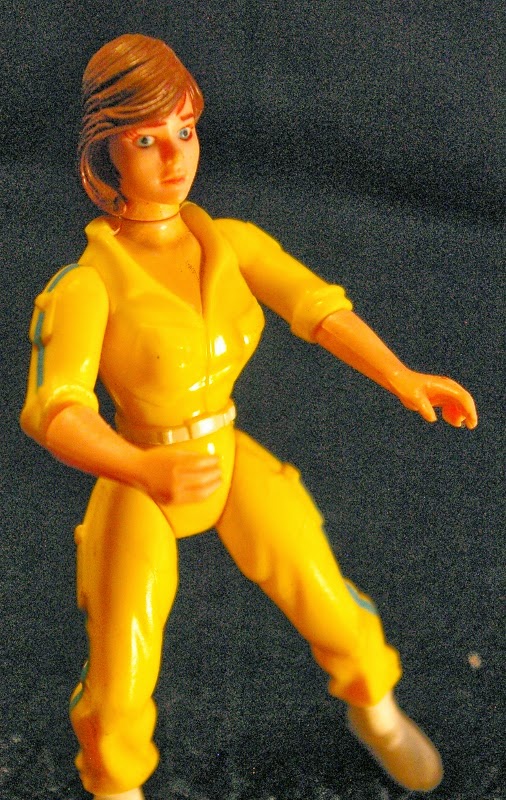 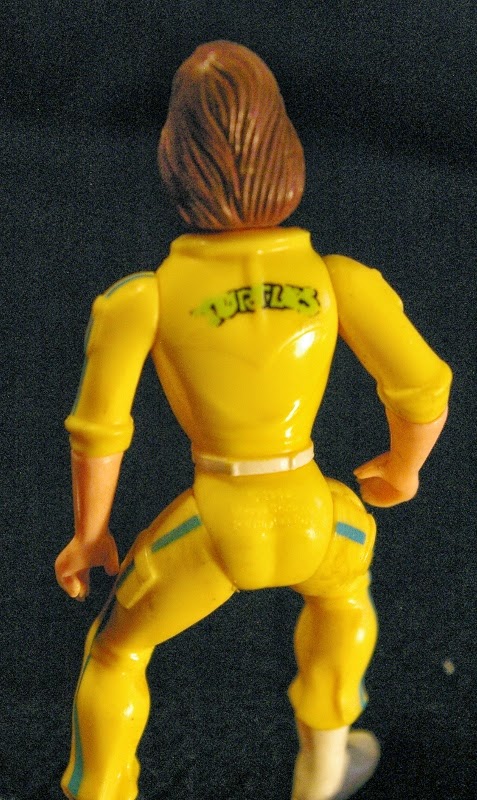 April is dressed in a yellow jumpsuit with light blue stripes and a Turtles logo on the back. She is also wearing white boots. April originally came with three gray accessories. A mini-camcorder, a microphone, and a little case that could open and close. The microphone actually fit inside the case.

April was a decent figure and was fairly accurate to her look in the cartoon, other than perhaps the Turtle logo on her back. He stance, like most of the figures from the line is a little wide. She does have some issues standing sometimes. Like most of my Turtles, my original April was sold at a flea market years ago, and this is a yard sale replacement. I re-purchased this figure to use her as a reporter in the 10th episode of my stop motion show Animation Creation. For more info on that check out the tab for that series on the right hand side of the screen.