Yesterday I picked up a Harry the Haunted Hunter from the first wave of Beetlejuice figures. This figure is very similar to all the other figures in the line. They all pretty much have 5 points of articulation, removable heads, an action feature, and a little Beetlejuice creature. Harry is dressed in a tan (khaki) outfit and is wearing a hat with an arrow though it. Harry comes with a little spider version of Beetlejuice and a goofy rifle. The rifle looks like an elephant gun with a trumpet mute jammed in the end. 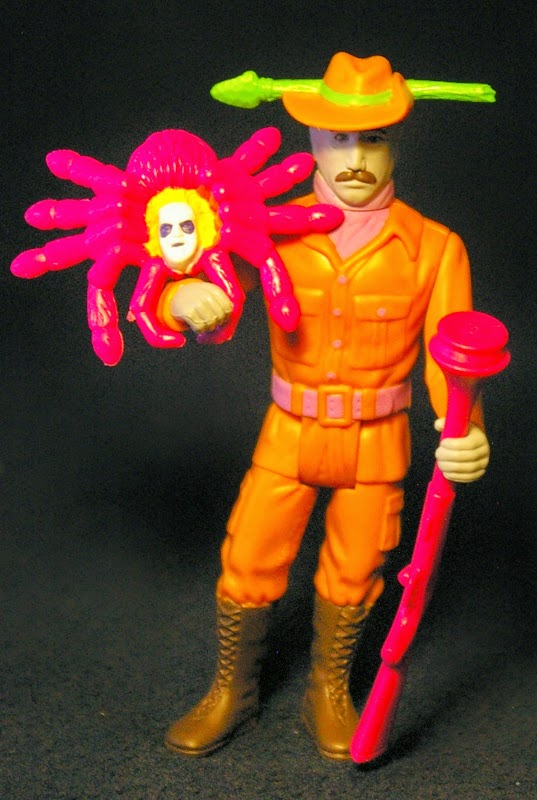 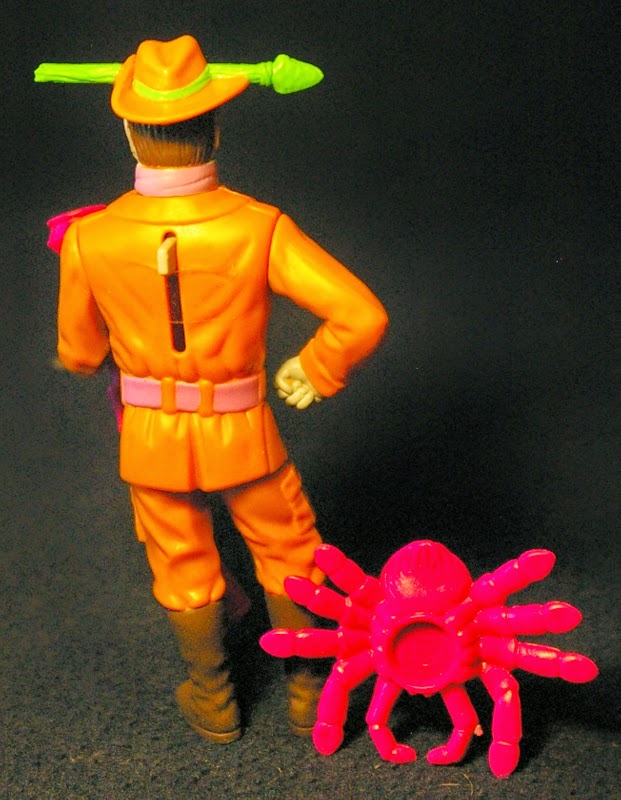 When you remove Harry's head we get to see him as he appears in the Tim Burton film. Through amazing special effects, Harry with his shrunken head is one of the most memorable unimportant characters in the film. Harry also has a lever on his back that makes his head slid down inside his torso. I'm not exactly sure what the point of this feature is. 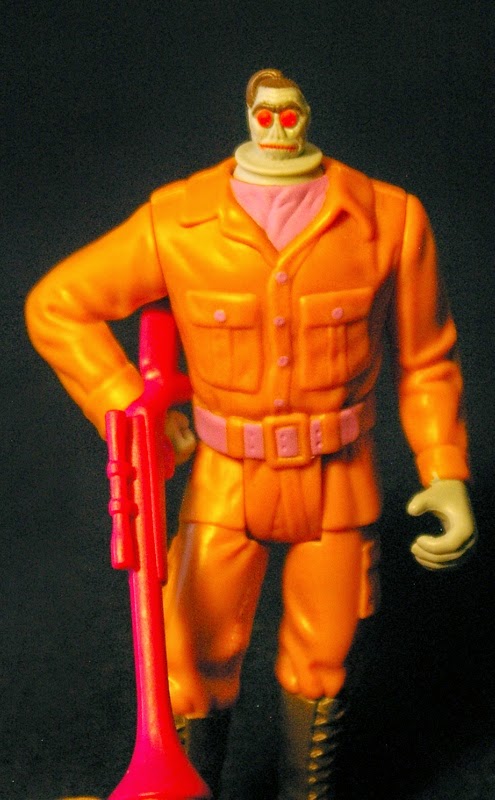 The little Beetlejuice spider actually  fits onto the end of the rifle. His normal head can also attach to the gun. I feel like if I had this figure years ago when my buddies and I were making our animated series, Animation Creation, I would have done an animation with this figure to the Beatles song Bungalow Bill. 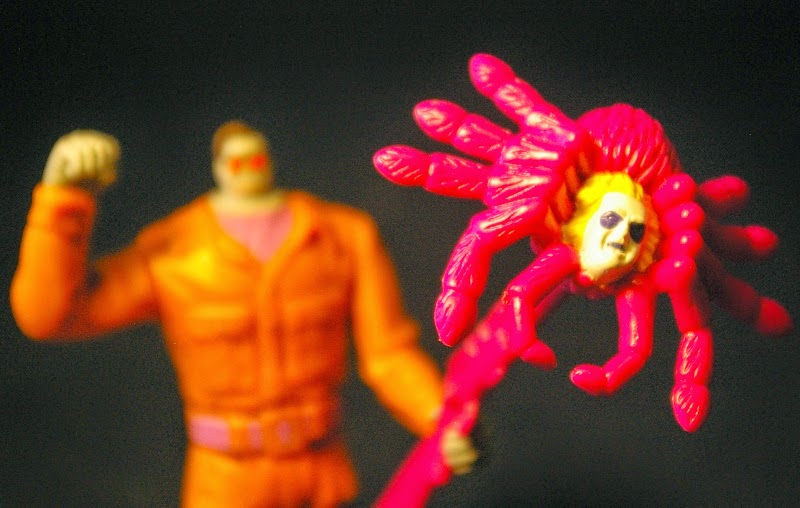 In the package the lever on Harry's back was taped in the up position. I removed the tape and his shrunken head instantly falls inside his torso. I put the tape back on so that I could take these photographs. 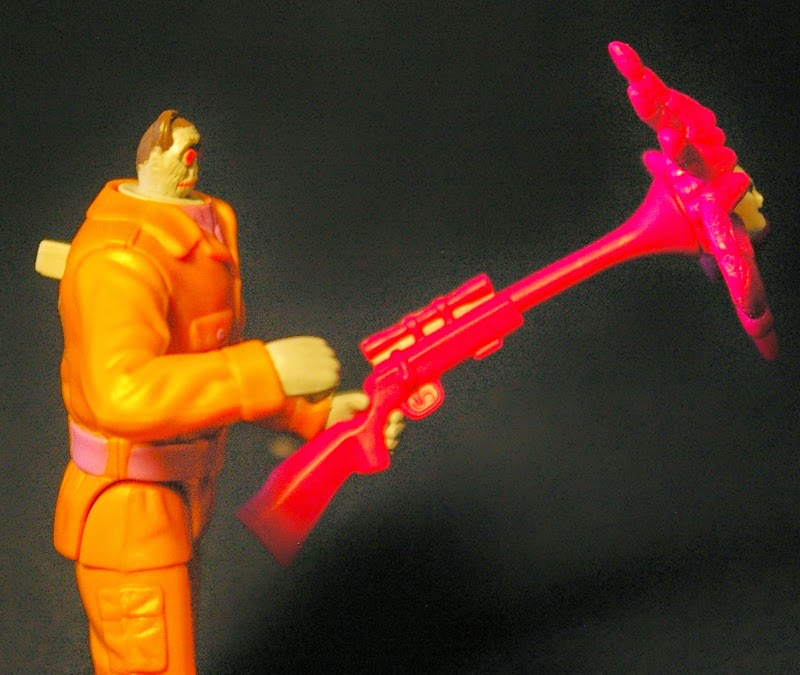 Here's the top corner of Harry's card back. It shows how all his features work, 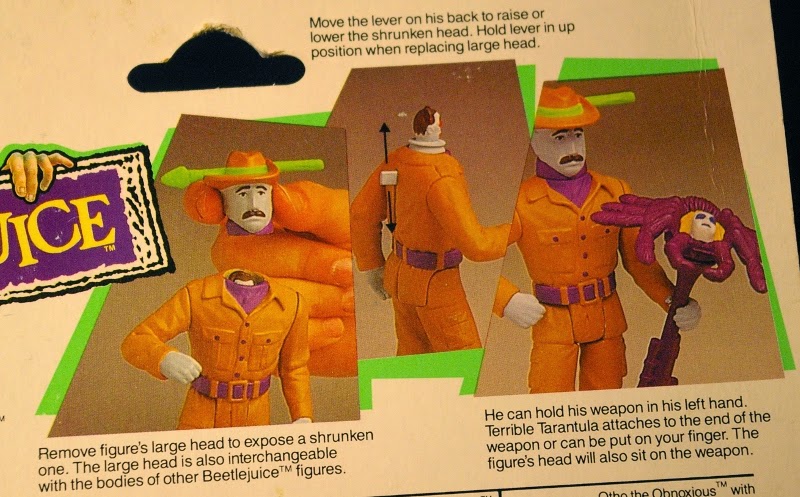