Sgt.Apone was the Field Commander of the Colonial Space Marines in the second Alien film. The Kenner toy line created to go along with the film took a lot of liberties with the character designs. The Sergent is dressed in a yellow shirt, green pants, red hat, and some tactical gear. 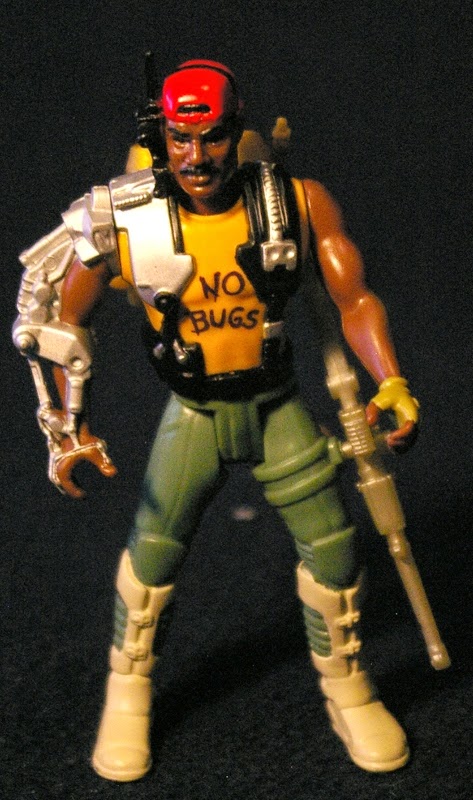 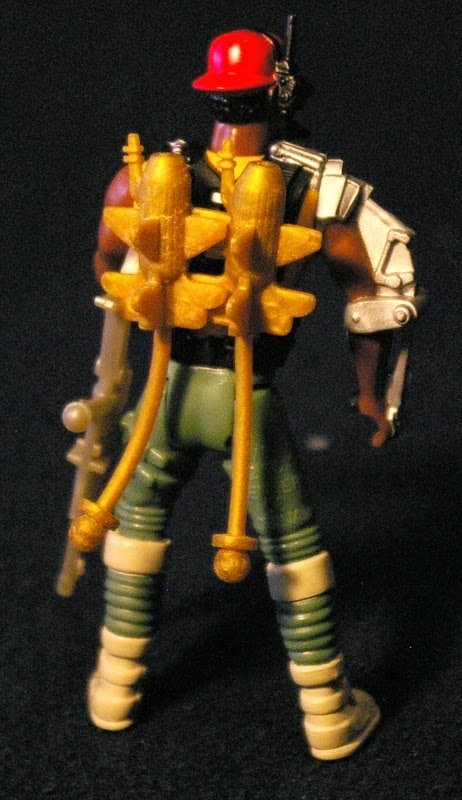 Apone came with three accessories. He has a silver rifle and two gold grenades. He has mechanical armor sculpted on his left arm. I'm not sure if this device is supposed to help him throw the grenades. Like many 90's figures, Apone had a little bit of a sculpted battle stance to his figure. He only features five points of articulation, but is a fun figure. 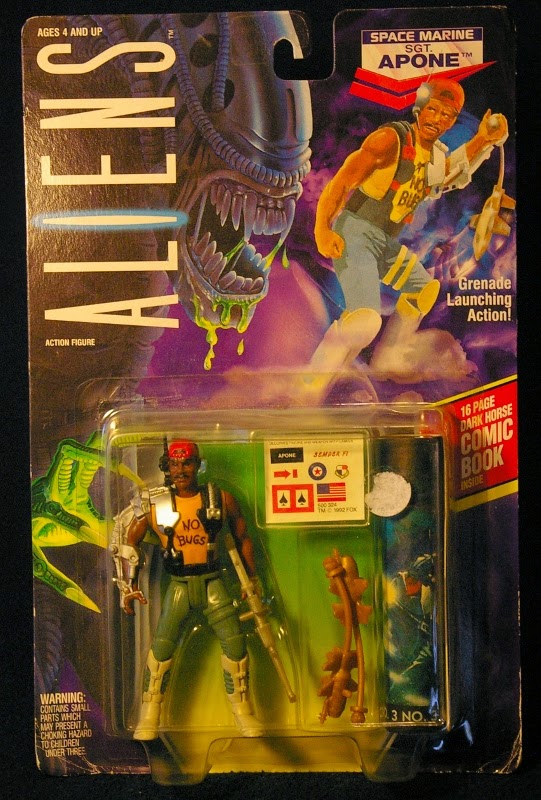 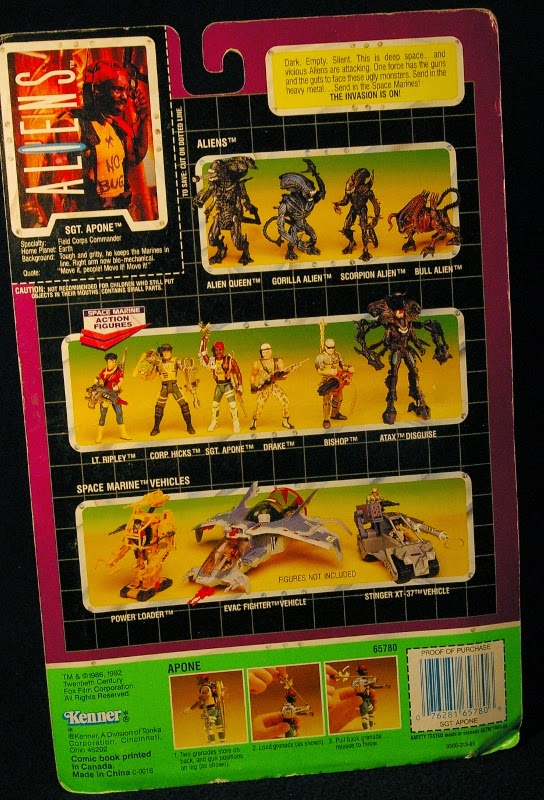 The large grenades that come with Apone are made out of a rubbery material. You can stretch them and launch them like a rubber band. This allows you to simulate a grenade throwing action. 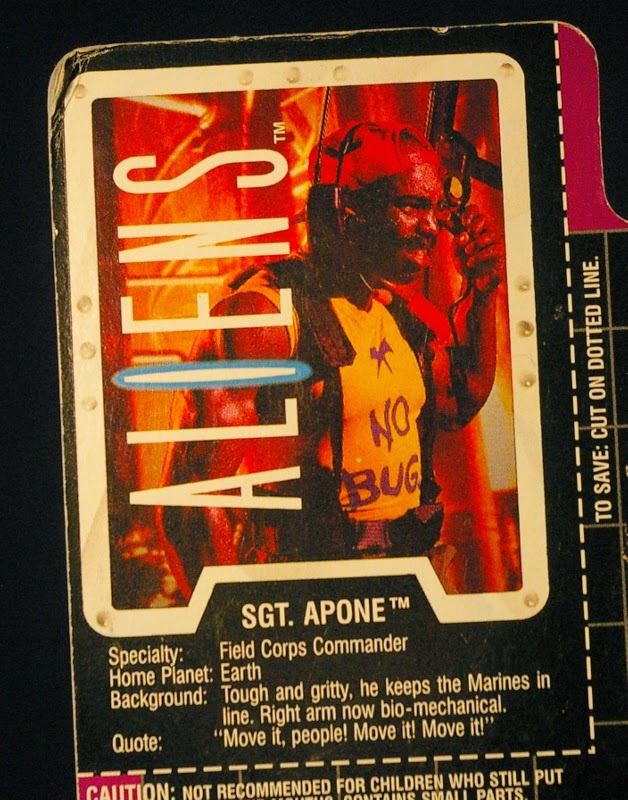 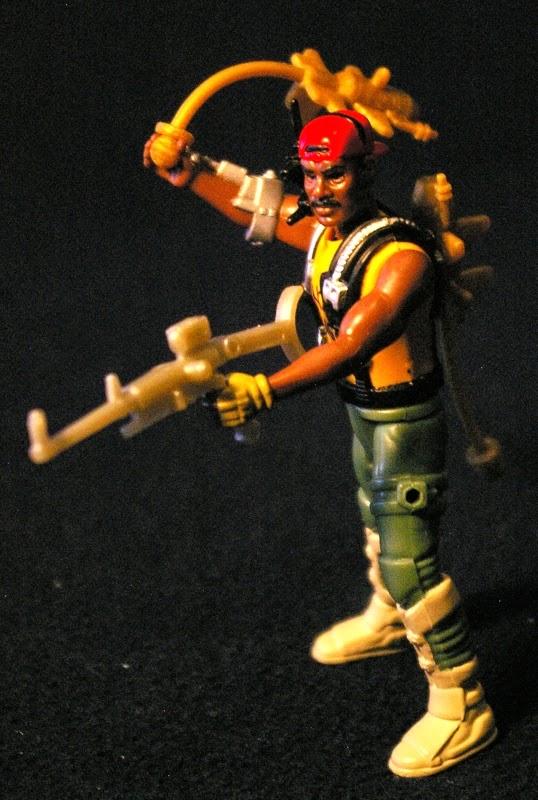 Apone also came with a mini-comic and a sticker sheet. The figure doesn't really have many spaces where the stickers can be placed, but the cross sell art on the package shows him having he playing card decal on his chest. I like his "No Bugs" shirt. He reminded me a lot of the 90's GI Joe figure Heavy Metal. 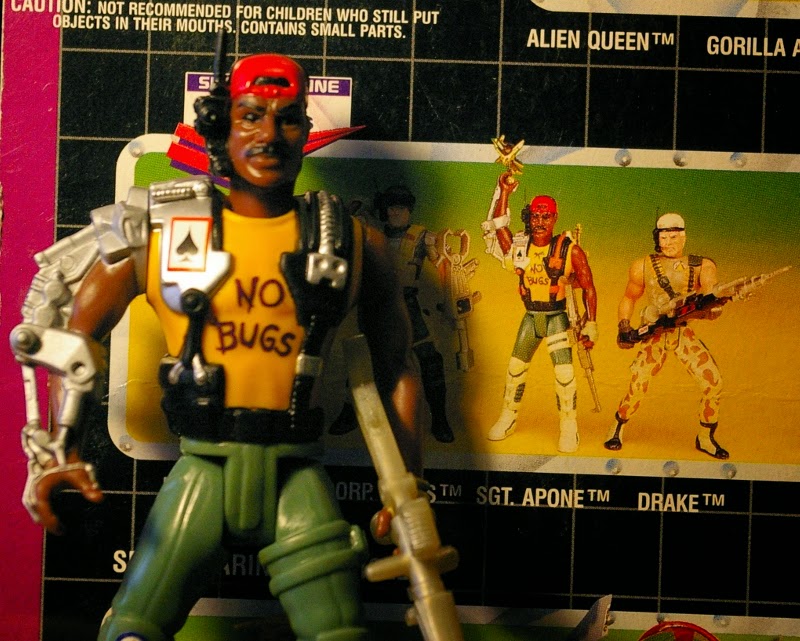