Below is a really nice animation cell of Prince Adam from the very first episode of the She-Ra cartoon. Early in the episode, "Into Eternia" (aka The Sword of She-Ra Part 1) the Sorceress contact Prince Adam using telepathy and orders him to travel to Castle Grayskull. The image is actually made up of two layers. One contains Adam's head and hand, while the other cell contains just his eyes. If you look closely you may also notice some notes and arrows on the original pencil drawing photographed behind the two cells. This explains that in the show the camera was to zoom in on Adam's forehead. Additional cells or an optical effect was also used to show the Sorceress's face over Adam's. 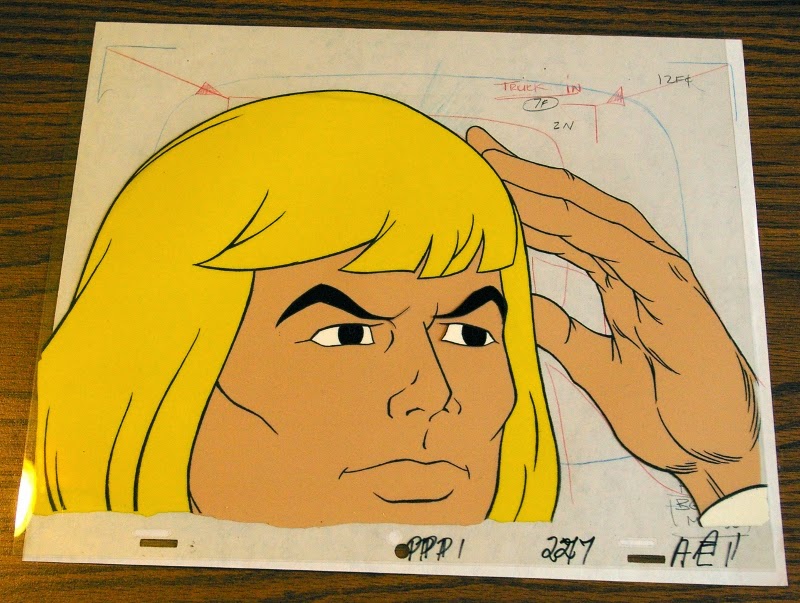 Here is a screen shot from he actual episode which shows the production background behind Prince Adam. It's pretty excited to have a cell from the very first episode. I need to get this bad boy framed up and on the wall. 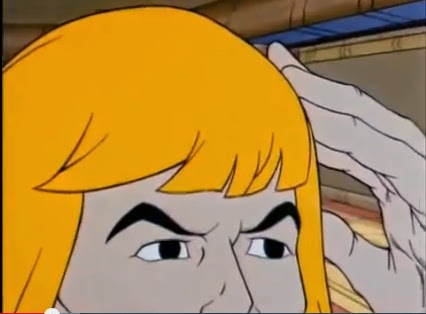