This Cyclops figure is based on the X-Men First Class comic book series, which were modern comics set during the early years of the X-Men team. I really loved that comic series. Cyclops came in a two pack with Jean Grey and an issue of the First Class comic. Check out this snow picture post to see the Jean Grey figure. 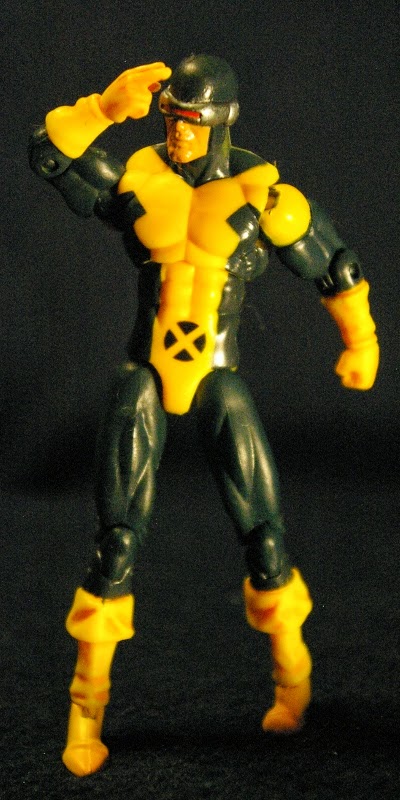 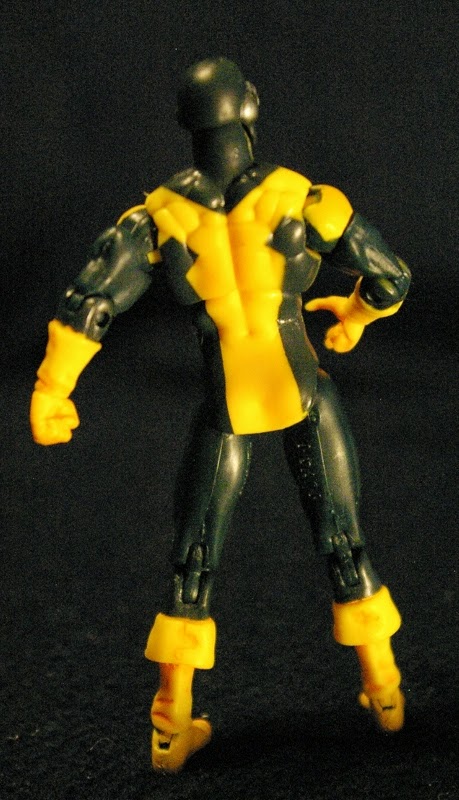 Cyclops is dressed in a blue and gold uniform. He has an X-logo on his waist, but his uniform has very few other details. Like just about every Marvel Universe Cyclops figure, one of his hands is posed to make it look like he is activating his visor.
Posted by Buzz Chuck at 11:31 PM