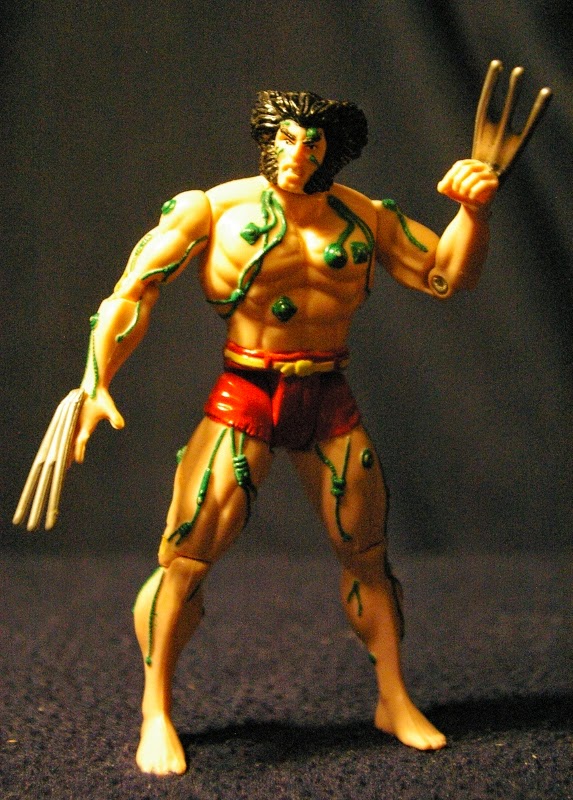 I had tons of Toy Biz X-Men figures as a kid. Eventually I sold off most of them. Then in college a friend gave me some figure because he was cleaning up at his parents house and thought I might want them for my stop motion animations.

Originally Weapon X came with a high-tech training helmet, harness, and cables. This gave him this "Weapon X" look from the comics. Of course they gave him some shorts since it's hard to hide some one's junk in the shadows when it comes to action figures. That's something you can get away with in 2D art.

I always really liked that this figure had knee and elbow joints, since the original Wolverine (with pop-out claws) didn't have elbows. I also liked that his claws were three separate blades. Pretty much all the other early Wolverine figures have one piece that looked like three claws right next to each other. 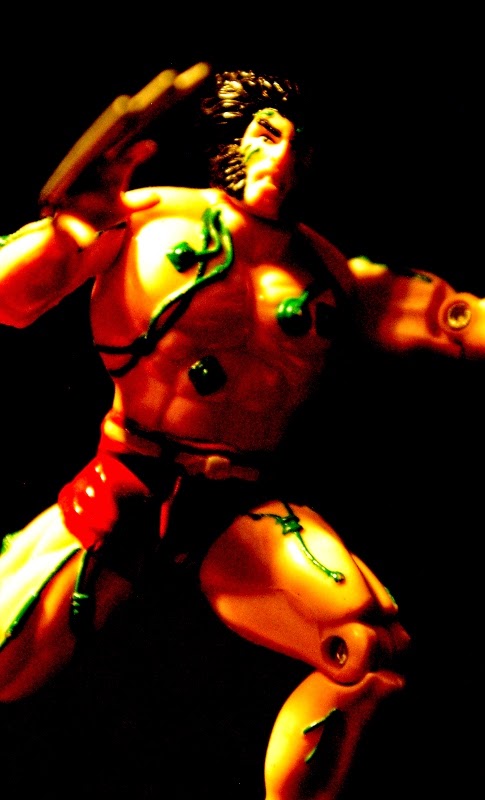 He's way to tall for Wolverine, but still a fun figure. There was also a repaint version of the figure with pink/maroon wires sculpted on his body. His face sculpt looks pretty pissed as well.

I also remember really liking his card art from his package as a kid. I tried to reproduce it in one of my sketch books back in the day.

I also previously posted posted a photo of this figure out in the snow this winter..
Posted by Buzz Chuck at 6:48 AM