I've been loving all the Filmation inspired characters being released for the Maters of the Universe Classics line. When Lookie & Kowl were announced a chase two-pack I was kind of annoyed. Last years Spirit of Hordak chase figure is one of the few MOTUC figures I don't have. He was never available when I was at MattyCollector.com I actually took the day off work to order these guys on the first day they were available to subscribers. I even snagged a few extra sets for some local collector buddies of mine. They are kind of obsessed with Kowl.

Lookie is all new, but Kowl is really just a repaint. They both have limited articulation, but it works out alright with their small size. Both of these characters were created by Filmation Studios for the animated She-Ra: Princess of Power show. Kowl was the comedy relief sidekick like Orko from He-Man and Lookie was hidden in every episode and then revealed himself at the end to share a moral. 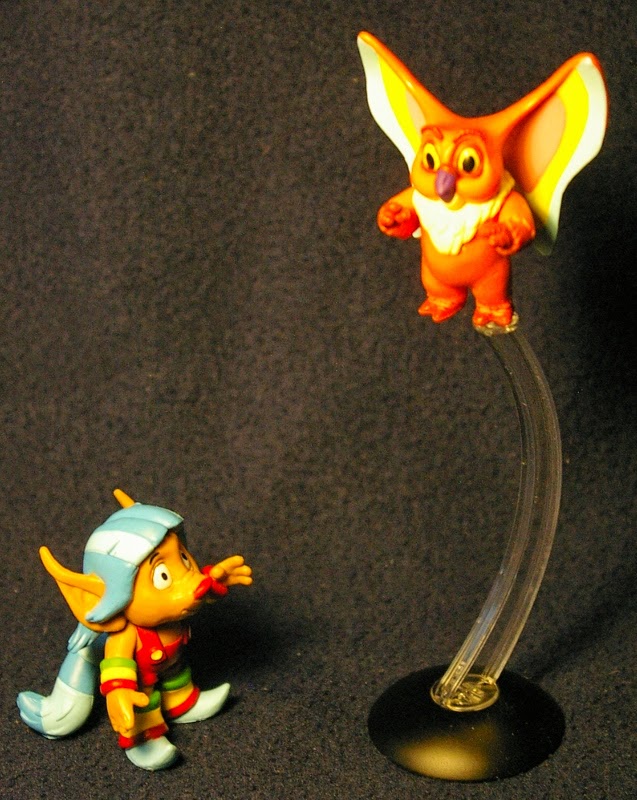 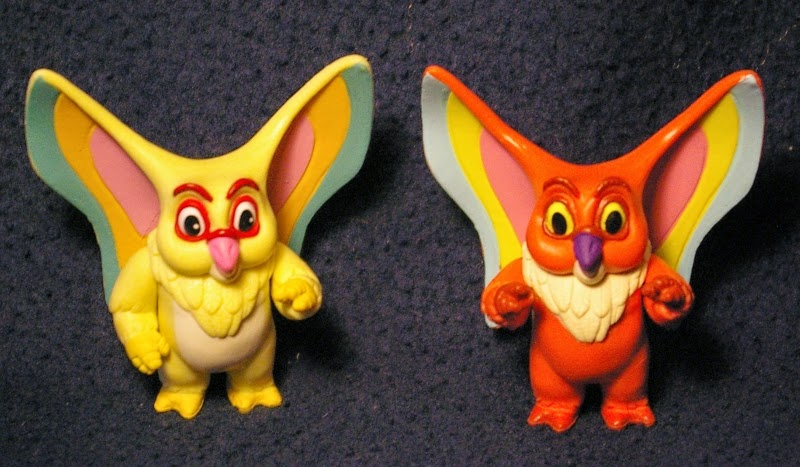 Kowl the know-it-all Owl and his buddy Bow. This pair is ready to defend the Whispering Woods from the Evil Horde. 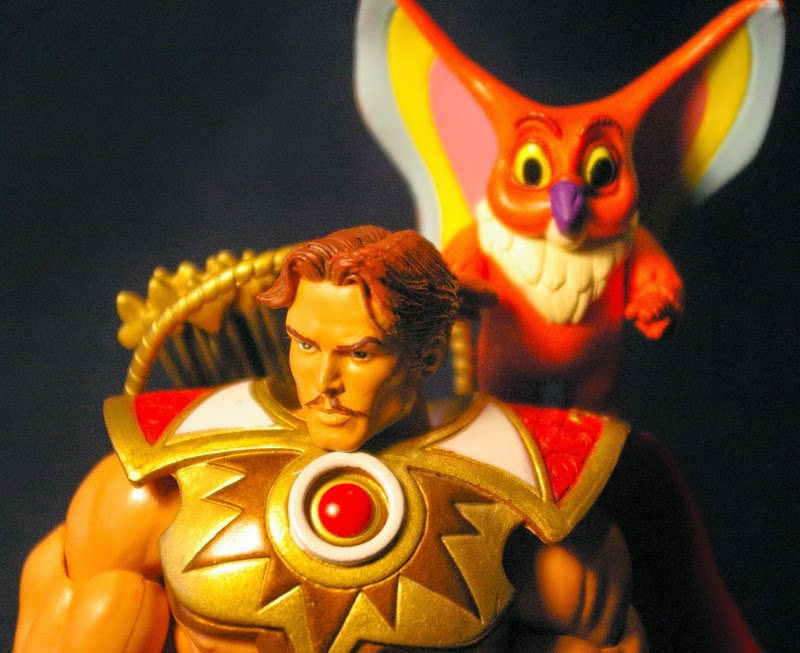 A couple of my toy collecting buddies who are organizers or volunteers for Retro Con each year have a joke about the list of banned characters and celebrities. Kowl is the top character on the list of people not allowed at Retro Con. They have been sending photos back an forth on Facebook about it.. Usually the posts involve talking about how evil Kowl is and posing him with other characters laying at his feet. So below is my addition to the collection of these photos. 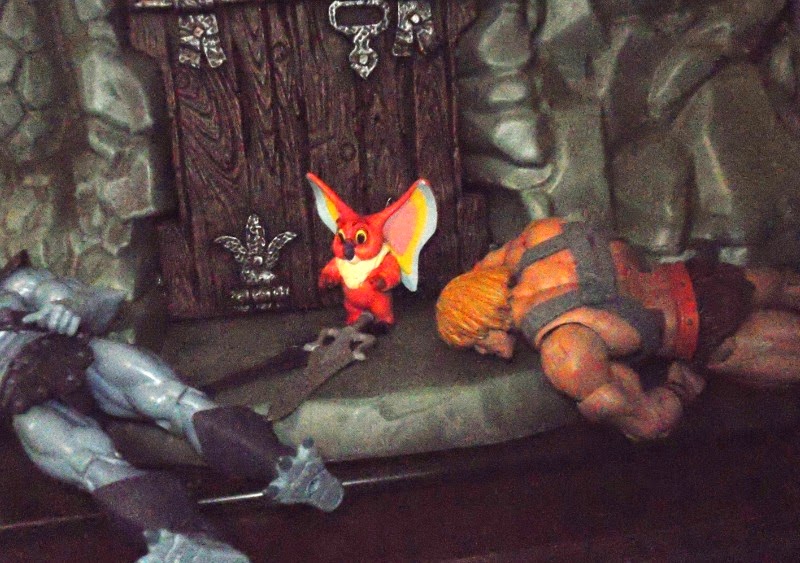 Kowl has defeated He-Man and Skeletor. Now he is about to combine the two halves of the Power Sword. Once Kowl unlocks the secrets of Castle Grayskull he will be the Master of the Universe! 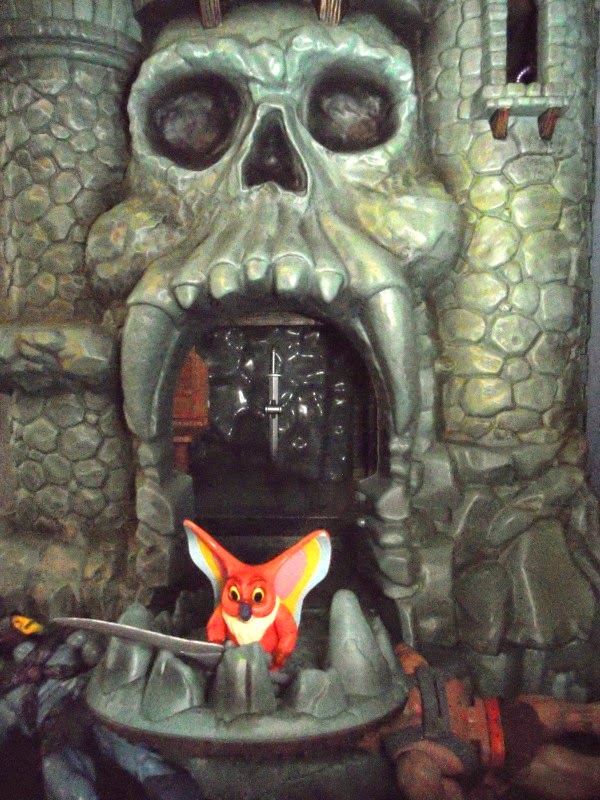 The mighty drawbrige of the ancient castle is open. What secrets lay within? 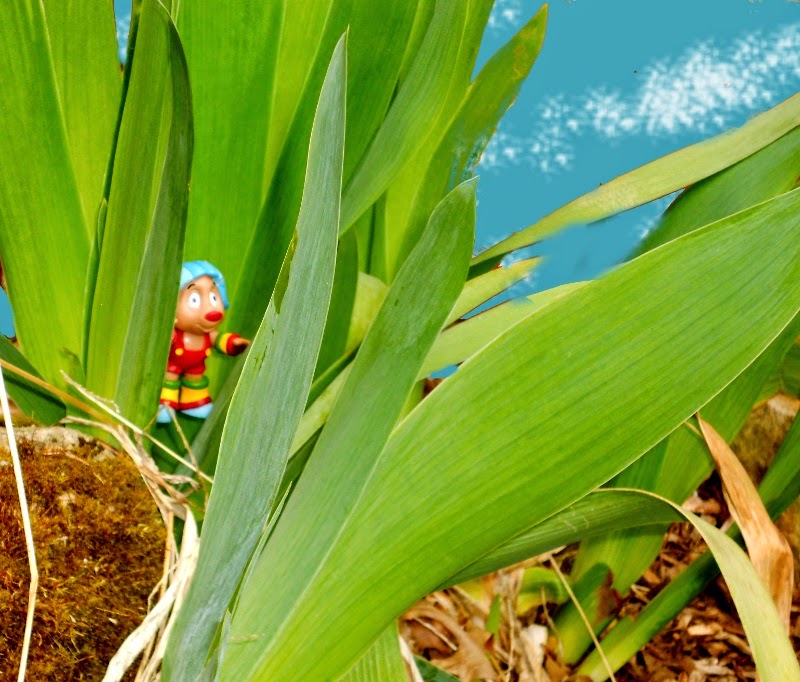 Did you see Lookie in today's episode?
Posted by Buzz Chuck at 6:10 AM