I have posted about the vintage Rattlor in past, but today focuses on the Classics version. Rattlor is one of the most detailed Masters figures when it comes to both sculpt and paint applications. Every surface of his body is covered in scales. In additon most of his scales are painted one of three different colors. Rattlor is by far my favorite snake-man.  His body was originally created for the snake-men army builder pack. Rattlor came with a neck extension piece that helps to replicate his vintage action feature. His head can also just be attached straight to his torso. 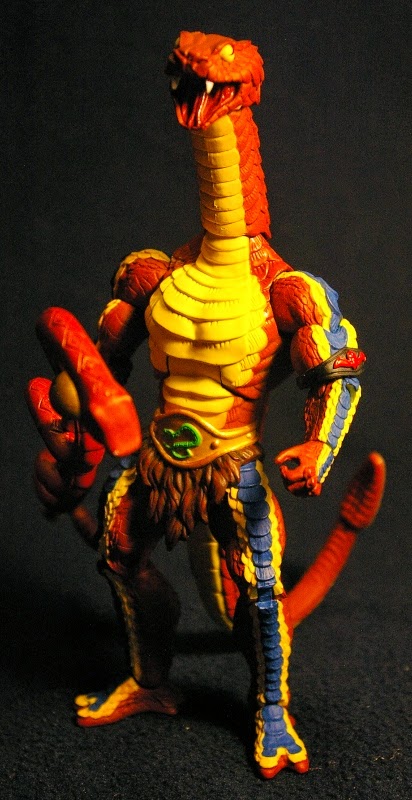 Like the vintage figure Rattlor came with a snake staff. He also came with an Evil Horde arm band to represent his involvement with the Horde in the She-Ra cartoon. The stripes on his scale covered legs make him look really tall. All-in-all, he's a great action figure. 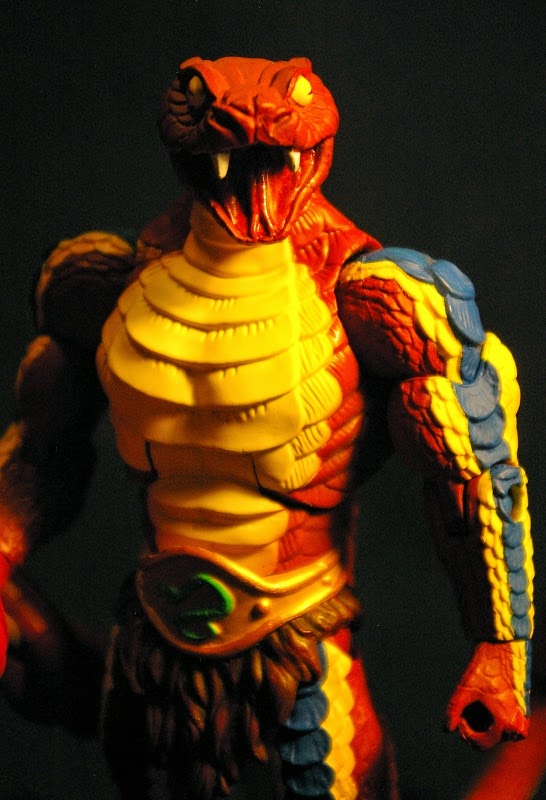