Hasbro got a lot of millage out of their early Cobra molds. The Cobra Commander body was used for both the Helmeted and Hooded Commander. The Cobra Trooper was turned into the Viper Glider Pilot. The Cobra Officer became the Stinger Driver. Later the Officer and Trooper were also reused for Python Patrol. 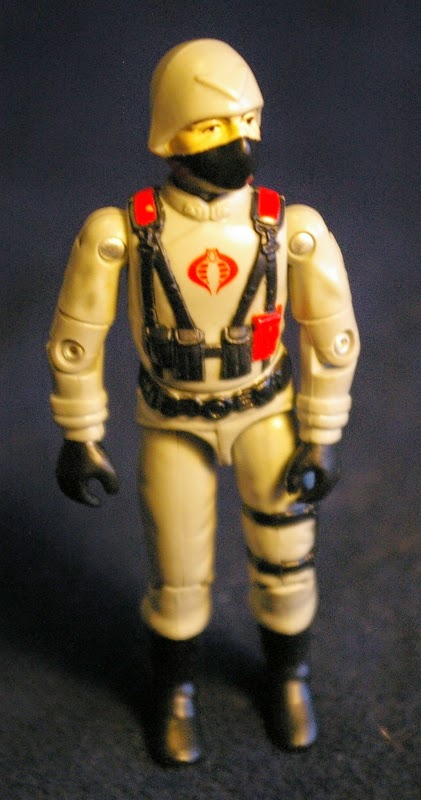 This generic Cobra dressed in gray drives the awesome black Stinger Jeep. I always liked this figure, but never had him as a kid. I eventually bought him sealed in mail order baggie online while I was in college. The Stinger Driver became part of my GI Joe collection at the tail end of me getting all the figures. He comes with no accessories. I think his red Cobra Logo and shoulder pads really "pop" against his light gray uniform.