I previously posted about the video game inspired Scribblenauts Unmasked DC comic figures. I bought several figures from Series 1 trying to get Vampire Batman. Unfortunatly I wasn't able to buy the right blind box. Tonight I was at my local comic shop and I saw Series 2 was now out and Bane was one of the figures in this wave. Of course, I got to get Bane! 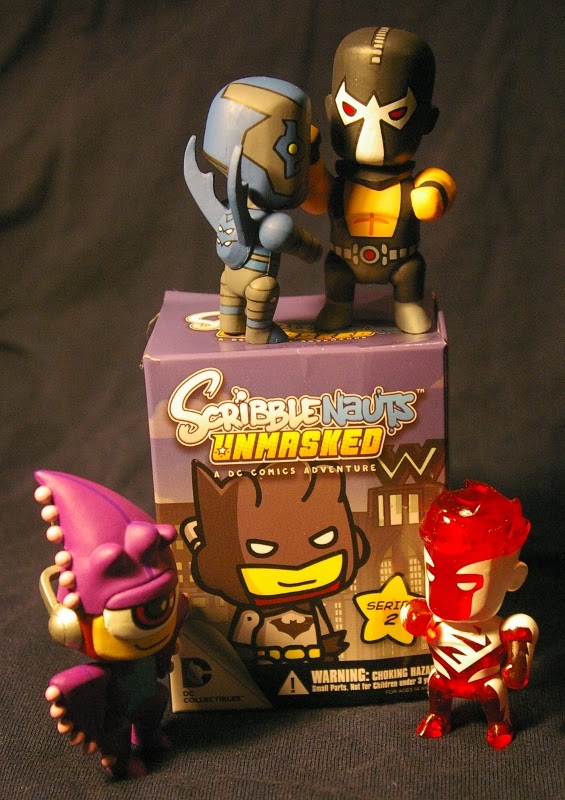 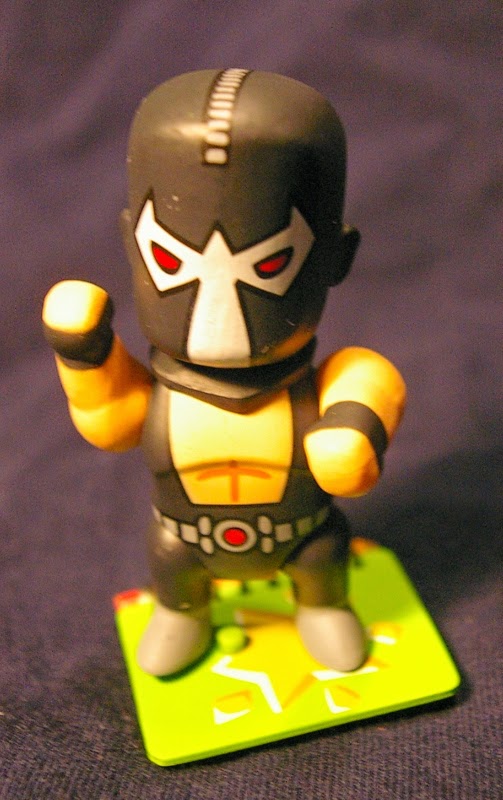 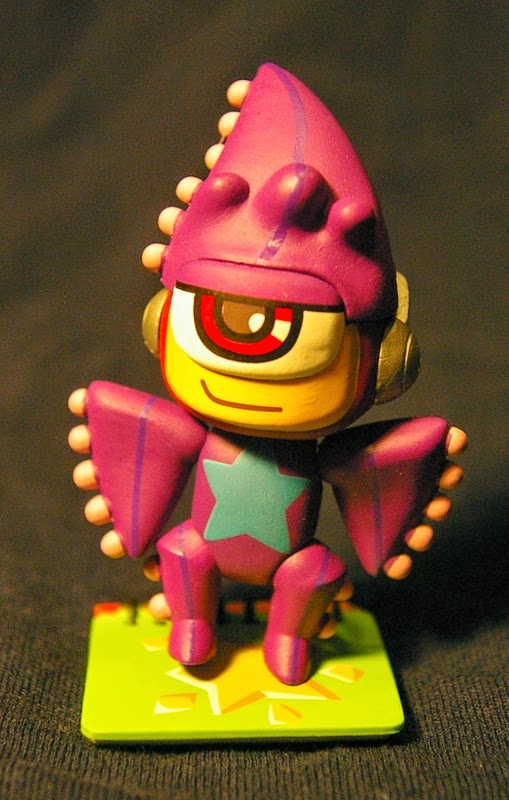 I was super happy to pick up Bane. He looks great, and is a little bulkier than many of the other characters. The purple monster with headphones is one of mystery figures who is blacked out on the packaging. In the first wave it was a little dude in a Green Lantern suit wearing headphones. Let me know if this guy is based on an actual DC Character. 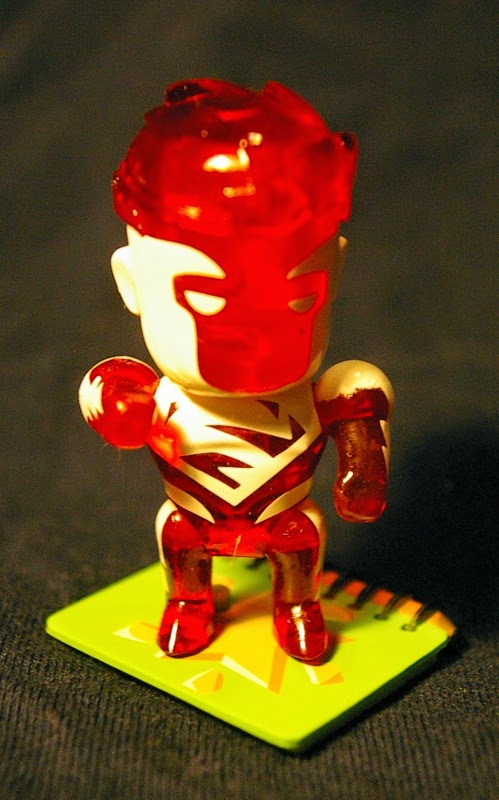 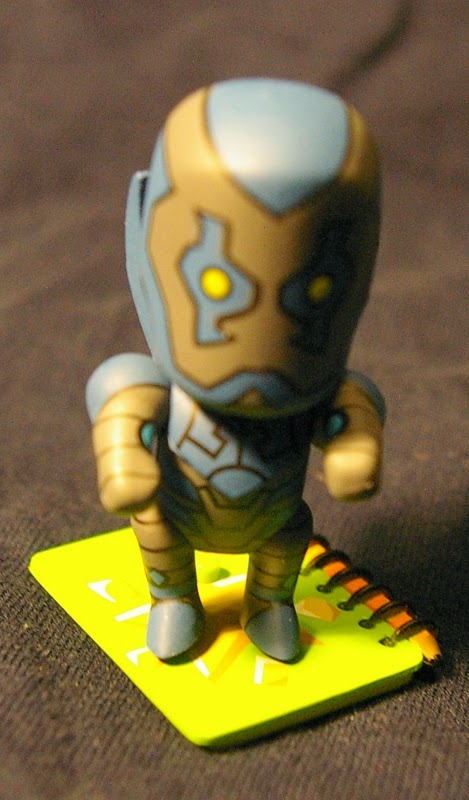 I also got the late 90's red lightning Superman. I really don't know what the storyline was when Superman became a blue or red energy elemental.I also picked up the modern Blue Beetle. I'm really happy with Bane, but I don't really care about any of the other three figures.