Today there was a multifamily yard sale in my little neighborhood. I bought two tripods to take into school for photography class as well as a bag of Muppets figures. I paid $6 for the bag, and this post only shows some of the stuff. I didn't photograph all the PVC Muppet & Muppet Babies figures. What drew me to the lot was the Fisher Price Muppet figures as well as the Happy Meal Muppet Babies. 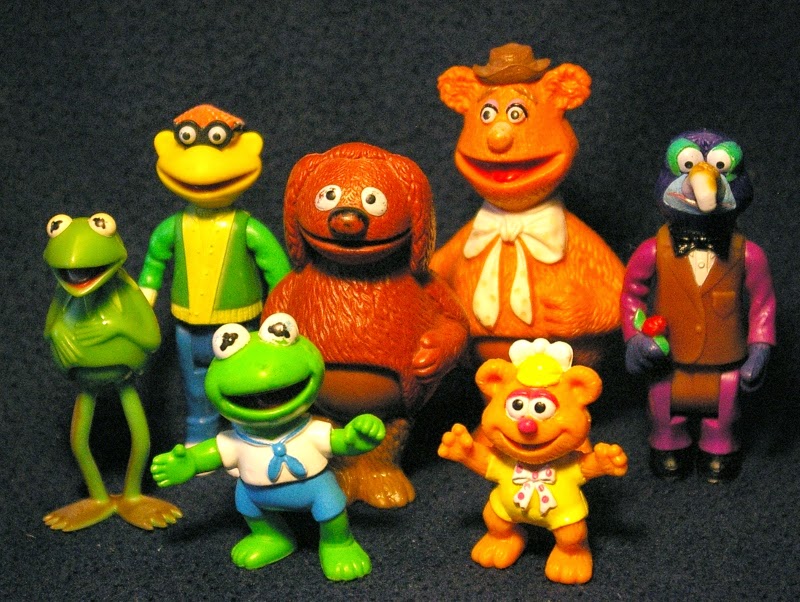 Kermit, Scooter, Rowlf, Foozie, and Gonzo are all from the Fisher Price Muppet Show Players line. They came with little white plastic rods that plugged into their backs so you could "puppeteer" them. Baby Kermit originally came with a red skateboard and Baby Foozie came with a rolling rocking horse.
Kermit, Rowlf, and Foozie all have one point of articulation that lets them sit. Scooter and Gonzo have the typical 5 points of articulation for action figures. 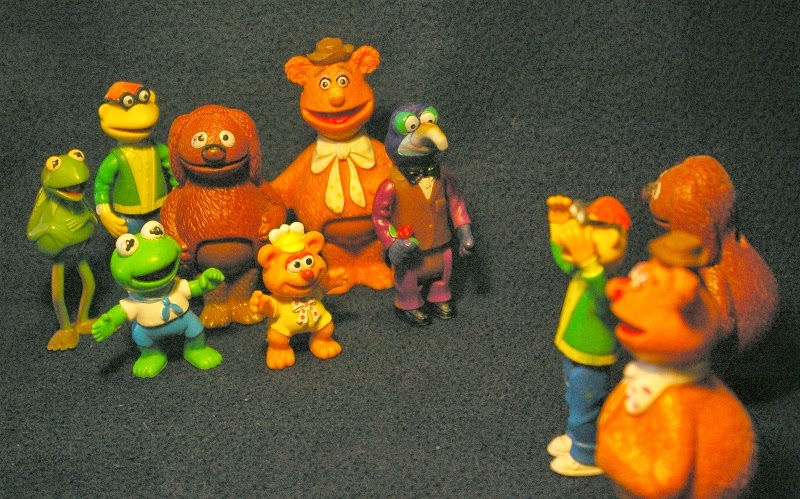 When I was buying these figures I knew I already had some from when I was a kid. I had Scooter and Rowlf. I bought Foozie at a yard sale several years ago. My sister had Kermit when we were kids, he's probably in her desk in my parents house. Unfortunately it looks like the Muppets I bought today sat on a window sill for a decade or more. There is some bad sun damage. I wasn't sure if it was discoloration or dirt on them in the bag at the yard sale. I cleaned them up real well, it's yellowing. 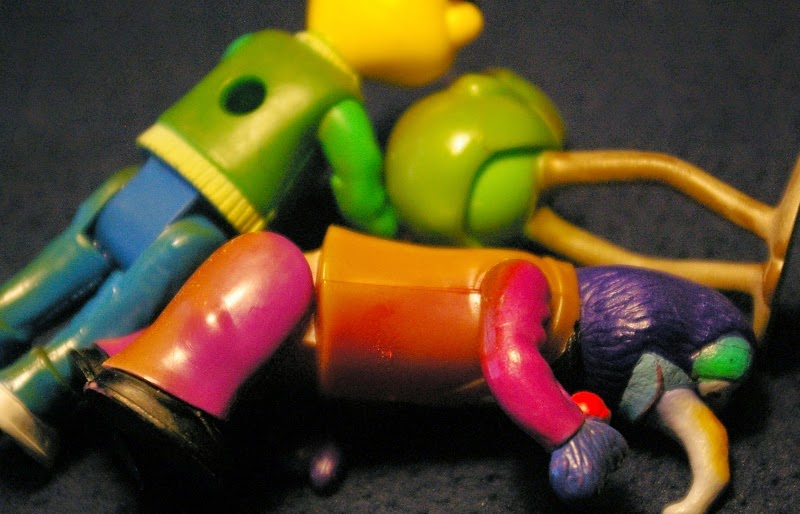 The "new" Muppets are on the left in the photos.  Both Rowlfs have paint wear on their faces. The backs of the new Rowlf's legs are faded, but my childhood figure's lone joint is so loose it's hard to keep him standing. The new Foozie has no visible sun damage, but doesn't have poke-a-dots on his tie. I'm not sure if they faded off or if this is a variation. The new Scooter has some discoloration, and his hair is slightly faded. 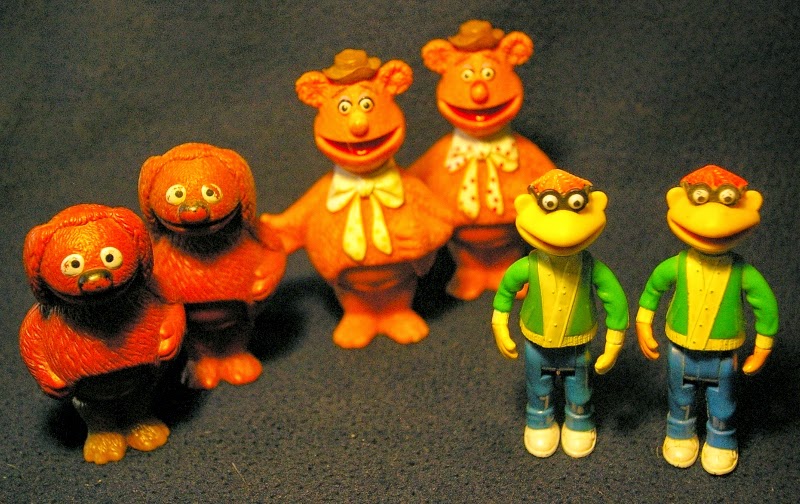 After I decide which figures I'm keeping the rest will probably go to school for the Middle School kids to use to make their stop motion videos in Technology Education class. I have to give them "Kenner" style toys or PVC figures because anything that's nice for animating like vintage GIJoes they just break. While researching the Fisher Price figures online I decovered that the I also got the Miss Piggy from this line in the lot today, but mistook her for a PVC figures since she has no points of articulation. Sorry she didn't get photographed. She's just a hollow plastic figure of piggy in a light purple dress.
Posted by Buzz Chuck at 1:20 PM