Bob was the Joker's number one guy. We rarely get action figures of henchmen. Bob the Goon is dressed in all black including his fingerless gloves. He has a Joker gang logo on his chest. Bob is bald on top, but has long blond hair around the back and a beard. Bob also has a kicking action feature. This is activated by a little button on the back of his belt. 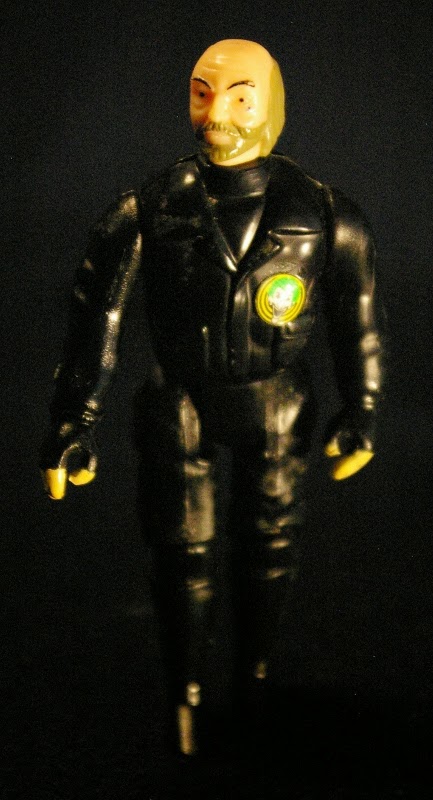 Bob originally came with a pistol, knife, and black hat. I don't have any of his accessories, because I bought Bob at an indoor flea market. My friends and I were planning to create a stop motion adventure video project in which a archeologist discovers the Batcave in the far future. He reads three different case files and each of these stories would be acted out using different types of toys like movie, Super Powers, and animated series figures. 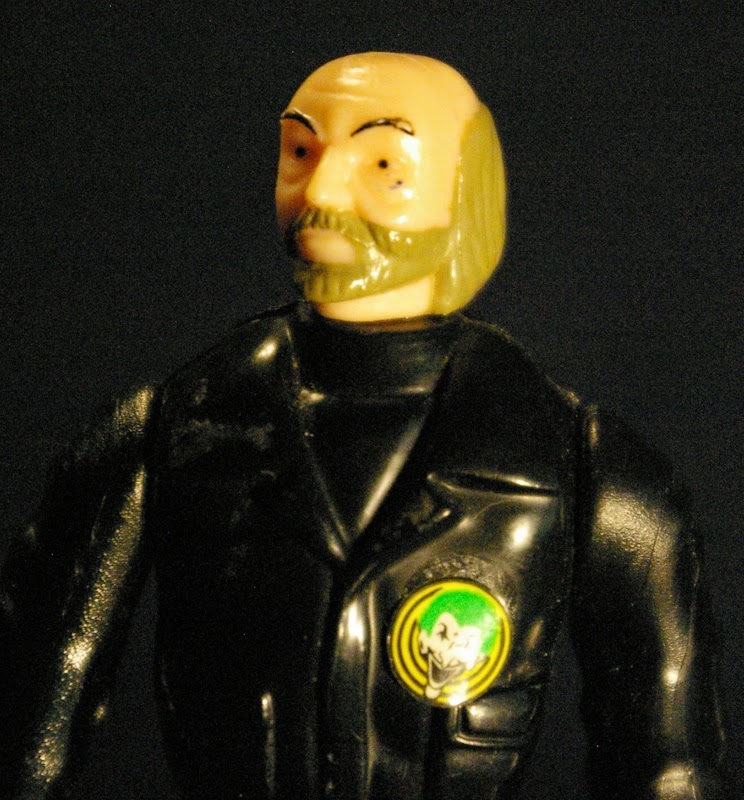