It's funny how when you are a kid you've seen every kids movie, then you sort of loose touch until you have your own kids. In the late 90's, Disney movies were kind of hit or miss for me. I've never seen Hercules or the Emperor's New Groove. I did however see Mulan. My buddy's Dad bought the movie on Laser Disc. It was a decent film, but having only scene it once, I don't have all the songs memorized or anything. I was a freshman in high school when it came out. When I'm working at the Haunted Hayride each fall, the kids that work there are mostly 10 years younger or more than mysel. They occasionally break into song from the film. It kind of cracks me up. 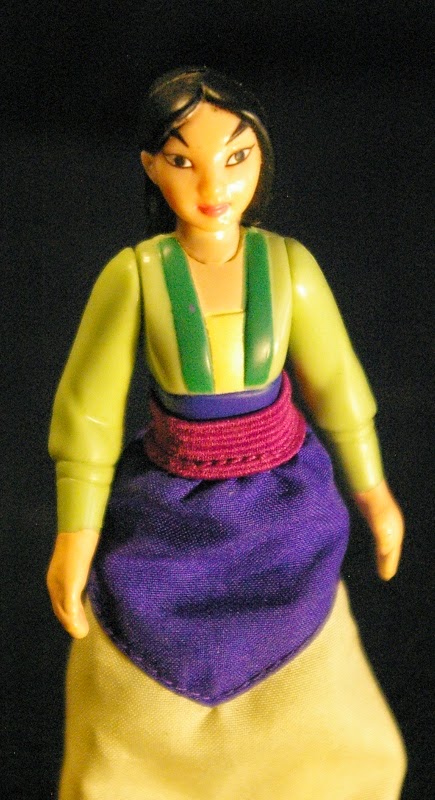 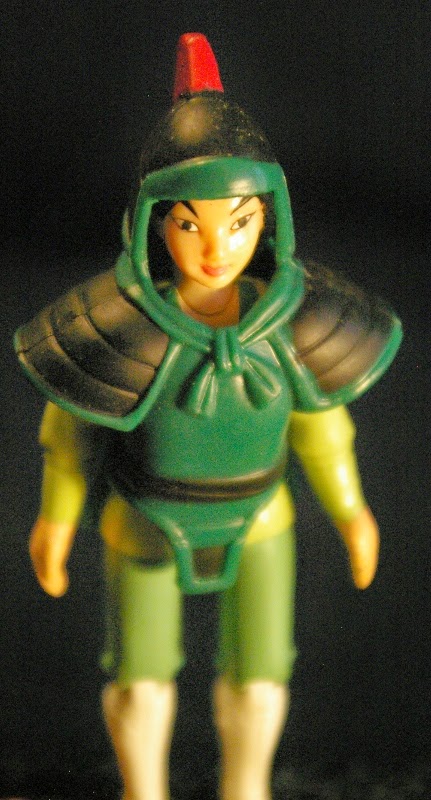 Anyway, I bought this Mulan figure at a yard sale one time. She was a Happy Meal toy back in '89.  Mulan is a pretty basic figure, but comes with two interesting accessories that allow her to be both a princess and a warrior. Mulan came with a cloth skirt and a set of plastic armor. Both accessories are easy enough to slip on and off to make the transformation. I bought her thinking I might be able to use her as a civilian girl in an animation sometime. Back when my friends and I were making our animated series, Animation Creation we often needed generic people for animations.
Posted by Buzz Chuck at 7:42 AM