On Easter morning I went out to flea market with my usually crew. It's pretty fun to see the three of us getting breakfast at McDonald's and then rummaging around at the flea market. Ray is in his 70's, Dave is in his 50's and I'm in my 30's  We really are from three different generations. Ray and Dave are hunting for tools. I look for tools as well as toys. Traffic at the flea market was pretty steady, but not packed like an average Sunday. I ran into a few of my toy collector friends that I usually run into, no mater what flea market we go to. A few of my friends cover a lot of ground each weekend.

I found two carded action figures from the Beetlejuice line. Neither one of the cards was perfect, in fact the one bubble was starting to detach. The lady was selling a lot of "cutesy" horror stuff like Nightmare Before Christmas and Beetlejuice. I was worried she was going to think they were valuable collectibles. I asked the price and she said $5 for the pair. Okay, I can do that. 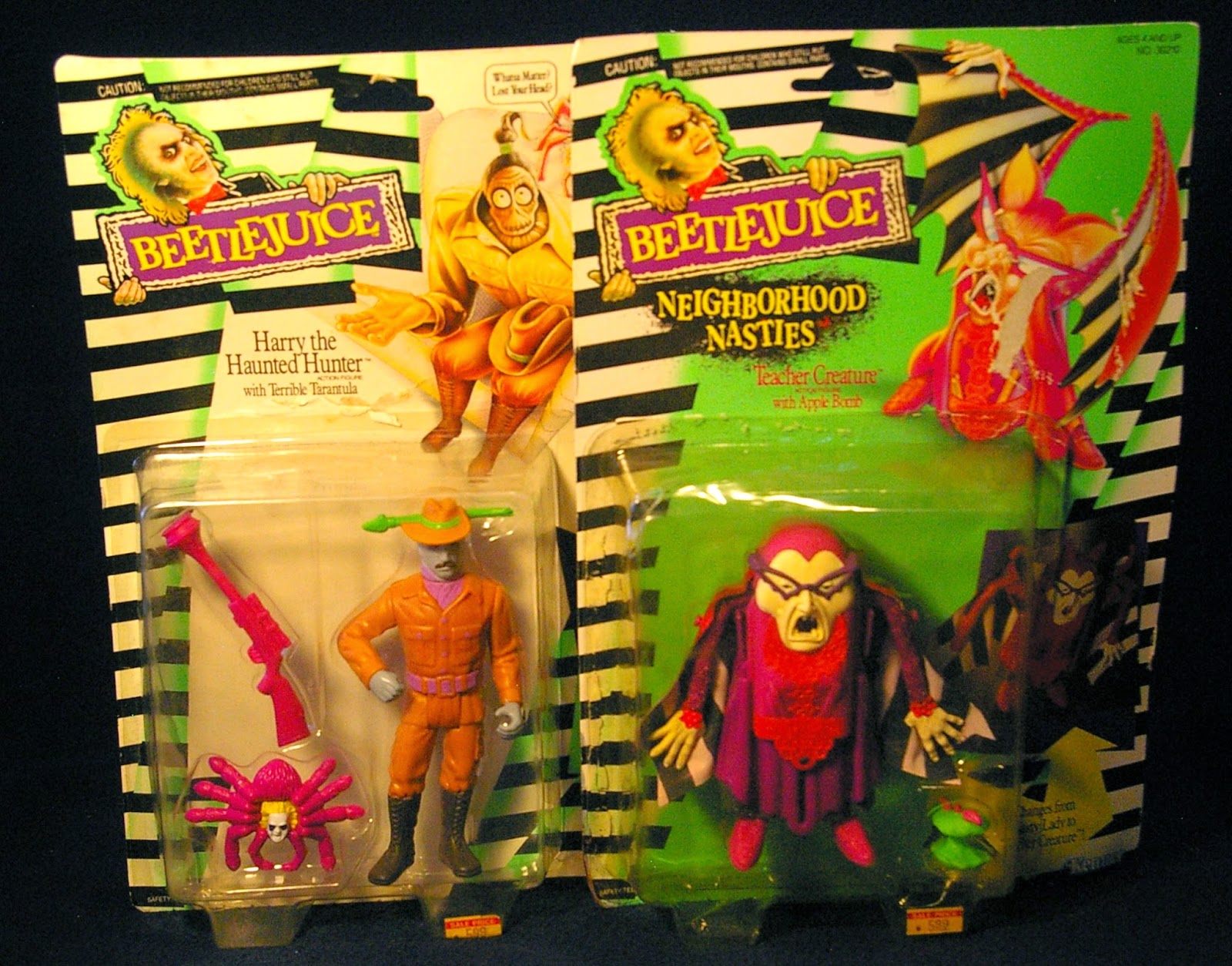 I picked up Harry the Head Hunter, who is a minor character from the film and part of the first wave of action figures. I also go Teacher Creature, who was not in the film. After the first wave, which were true movie toys the line expanded into very strange ways and unfortunately many characters from the film were never made. 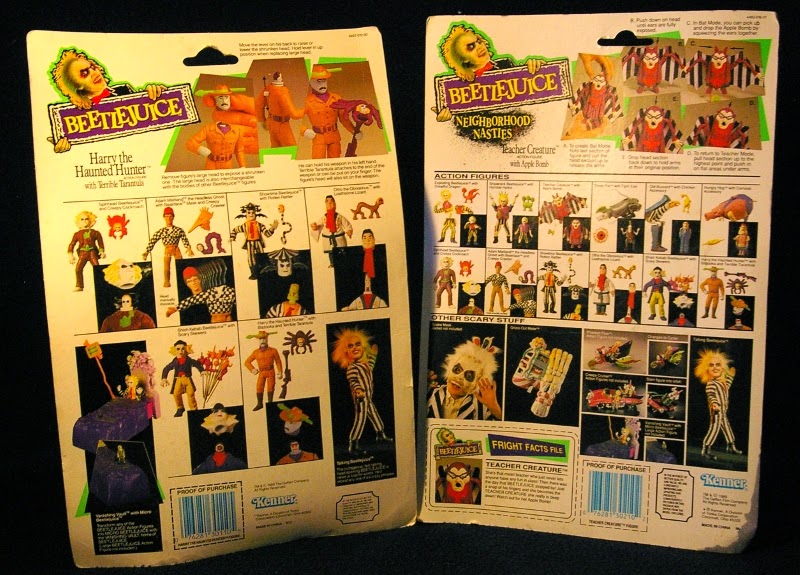 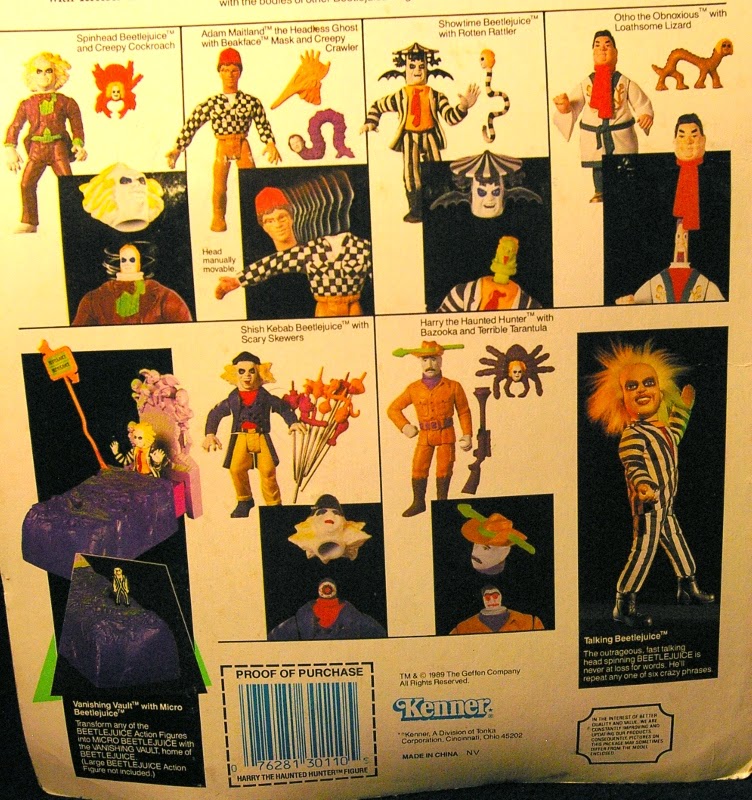 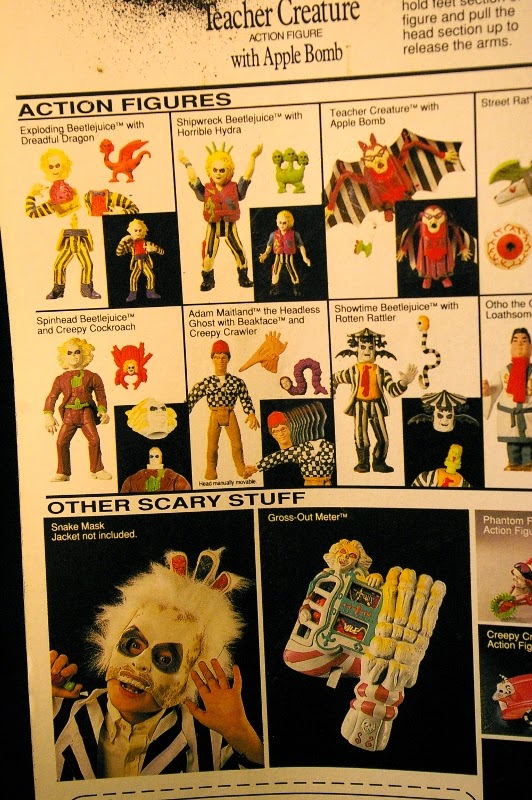 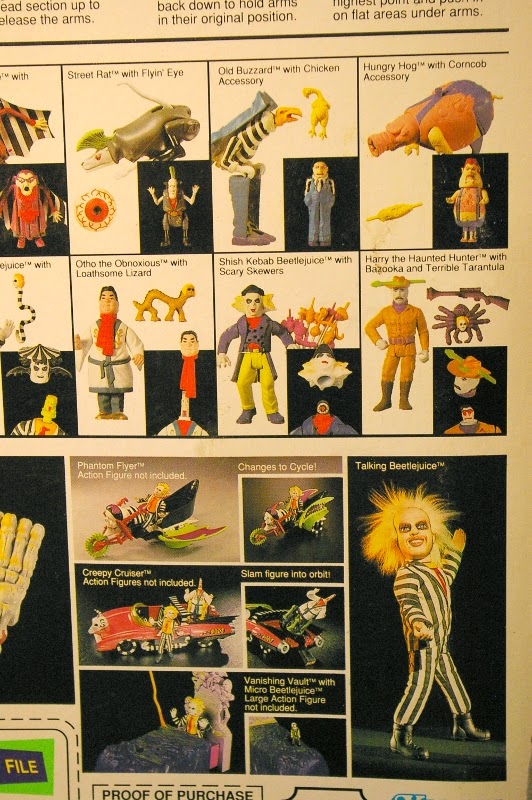 I also saw two Bucky O'Hare figures I wanted to pick up, both loose with no accessories, but the dealer wanted ten bucks for the pair. I'm cheap when it comes to loose figures like that. No thanks.
Posted by Buzz Chuck at 7:33 AM