I got up early this morning to hit the flea market. I bought two toys which I planned to post about today. I ended up photographing them and a bunch of other toys I've been sitting on for a while. I have to clean up my toy room because I have a couple people coming out to give me quotes on carpet. I was planning on posting a Flea Market Finds post, but I'm tired. I'm going to bed... so a quickly post.

Here are four more of my PVC California Raisins figures. As I've stated before I used to hunt these guys down at yard sales as a kid. I started just collecting the dancers and band members. Eventually I expanded to all the Raisins. As their popularity grew the range of poses and props expanded for these little plastic dudes. 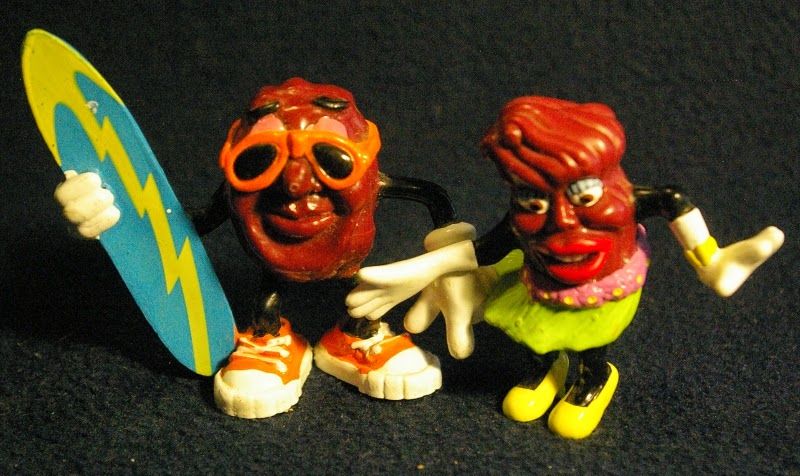 First up, we have a big surfer wearing orange sunglasses and sneakers holding a blue and yellow surfboard. Accompanying him is a female Raisin in a hula skirt. I really don't remember there being very many female figures. 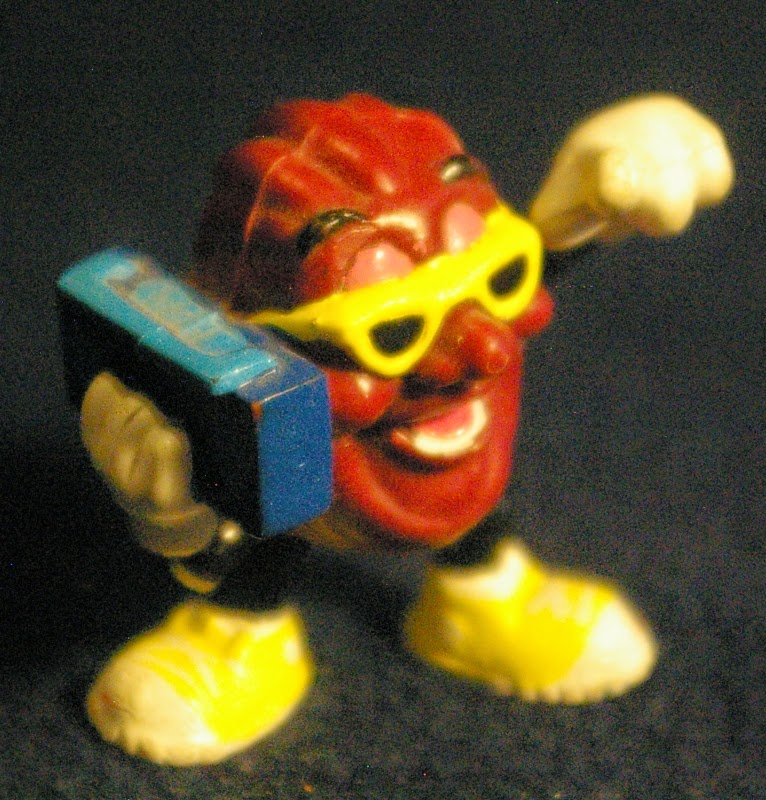 Next up is a Raisin wearing matching yellow sunglasses and sneakers. He's holding a blue boom box up to the side of his head. This figure cracks me up. Now every kid walks around listening to ear buds, but we thought it was cool to carry boom boxes on our shoulders back in the day. 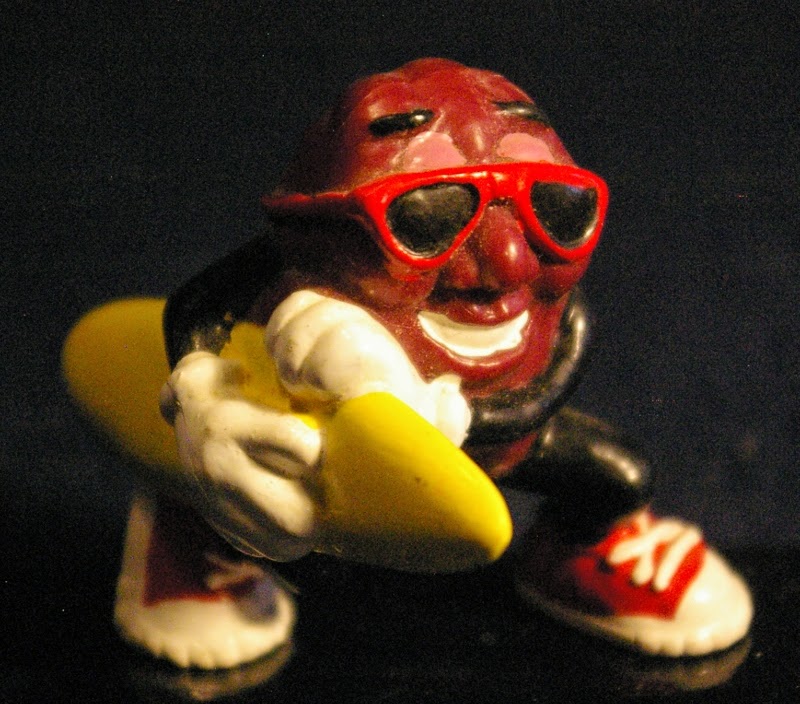 Okay, the final Raisin in today's post is a smaller surfer figure. I'm not sure why they made Raisins in two different scales, but there are big ones and small ones. He's wearing red and his board is solid yellow. This Raisin has an unusual stance and he is a little off balance.