Here we are at the 4th episode of Action Figure Adventures. The big halfway point in the series. We even break the format a little bit because there is no new hero escape attempt.

The Star Wars characters adventure with the Villains coninues from episode 3. This time the Villians have Chewbacca as a prisioner instead of  Luke and Han trying to hack into the computer. This story line really allows the Villains to develop a little more. We saw Darth Vader, Cobra Commander, and Magneto a fair amount in the first episode, but they have been absent since.

Another big subplot that has been developing over the past three episodes is Chuckles' adventures in the ceiling. In episode 3 Chuckles met a Lego man, but he has no idea what he's getting into. 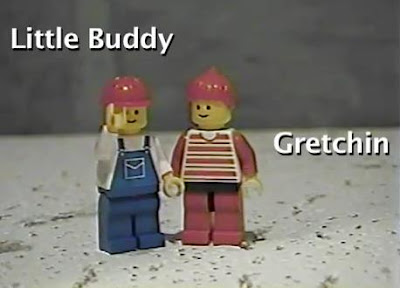 This may be the most anticipated episode of Action Figure Adventures because several kids that lent us their voice talents for the show have been waiting quite a while to see this. I hope everybody enjoys it!