The initial script for AFA 1 was written by Kevin in the summer of 2002. After some editing and slight story changes by Derek (and a little from Brian) the script was finished and animated at Millersville University once college started up again in the fall of 2002. Both Animation Creation and Action Figure Adventures took longer than the creative team would have ever expected. The final episode of Animation Creation was edited in the spring of 2004. At this time Derek had graduated from La Salle University and no longer had access to their editing facilities. Around a quarter of the fifty speaking parts had been recorded for AFA and progress seemed to stop.

Time moved on and Derek bought himself and editing computer and progress began to pick up a little. The guys ran into issues finding enough voice actors to play all the characters, side projects took priority from time to time, and in general the show got put on the back burner.

Eventually the final pesky voice roles were filled and Derek began to work on the show night and day. All eight episodes were edited at last! We could finally see the show. At a small screening Derek found some additional tweaks and problems to fix before mass release. Hopefully everything is now perfect. We hope to release a new Action Figure Adventures Episode each week for the next 8 weeks. (If you read this post you know we aren't great with timeliness... so no promises) 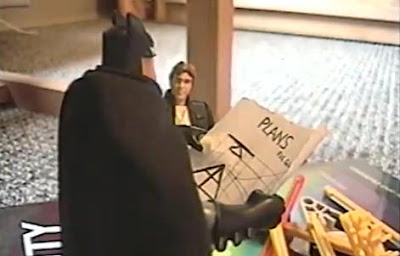 Overview of the show: Living toys in a college dorm room are inspired to try to escape to freedom after a new toy shows up and points out how dull their life is. The heroes attempt to escape the room over and over again while battling with the villains.  (above: Batman and Han Solo go over the plans for the first escape attempt. below: Cobra Commander prepares his troops to crush the heroes and their attempt to escape.) 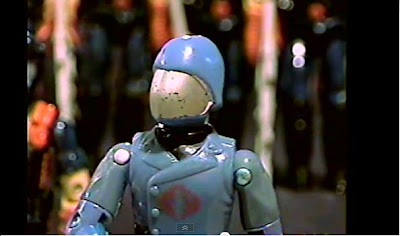 I hope you enjoy it. Action Figure Adventures Episode 1