Here is the review I've been working on with a stop motion animated battle at the begining that's been eating up all my time. I spent more than 30 hours making the 2+ minute animation. From taking the pictures, photoshopping the effects, recording audio, and editing. I was only going to review the two newest figures... but since I used everything in the video I just decided to look at the entire line. 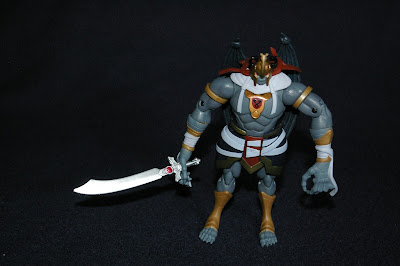 I can't believe I misplaced Mumm-Ra's sword right before I did the review.
Oh well, at least I took a picture of him holding it to post. 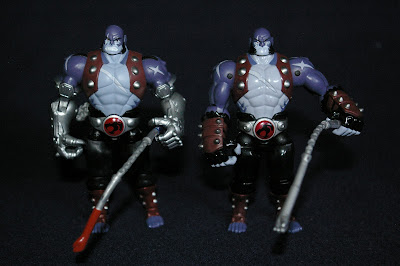 I also forgot to mention that the Panthro with robo-arms has a new head that
shows off his pearly whites. He's even more angry... or in pain. 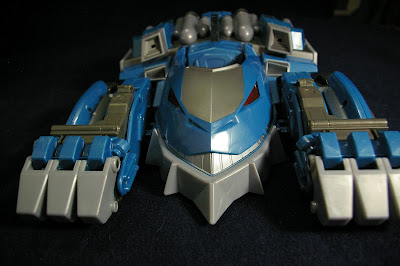 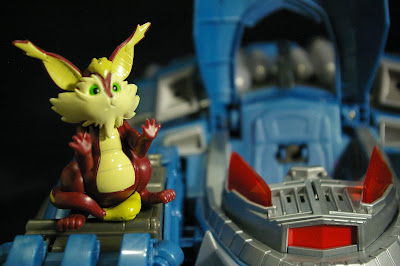 This Snarf figure is way out of scale for his appearnace in the new cartoon.
It's right on for the classic cartoon. 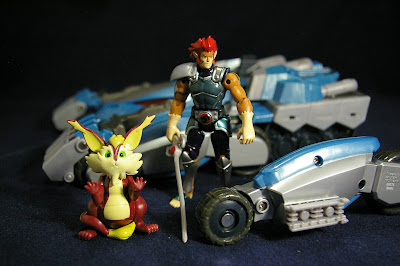 Here you can see how tiny the motorcycles are that the tank launches. 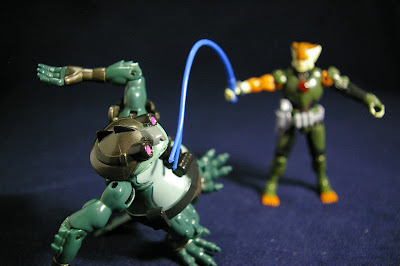 The lizard-man is taking a beating from Tygra.