I got this months MOTU Classics subscription figures this weekend and so I wanted to take a look at the regular figures today. I did make a video review... as I explain in the video this one doesn't have a little animated bit at the beginning. Below there are a bunch of photos to go along with the review.

Horde Prime - Leader of the Evil Horde and Brother to Hordak. This toys starts off a few points below other figures because he doesn't have any real nostalgia factor. In fact he is directly opposed to nostalgia because he look nothing like (what little we saw of) Horde Prime in the She-Ra cartoon. 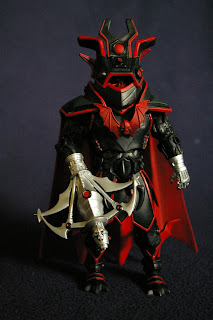 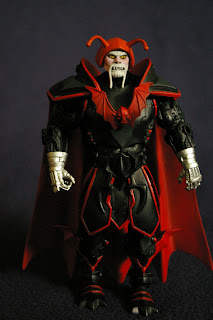 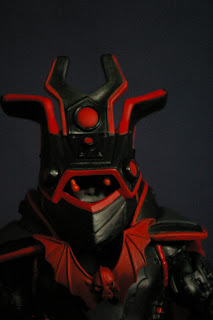 Here he is with the helmet pushed down over the UK Comic head.
It doesn't fit well because of the antennas. 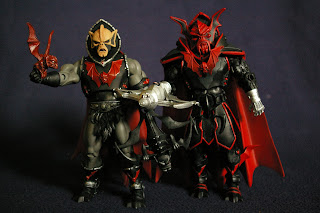 Hordak and Horde Prime - it's a family reunion! 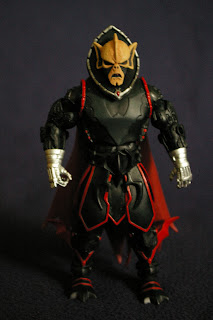 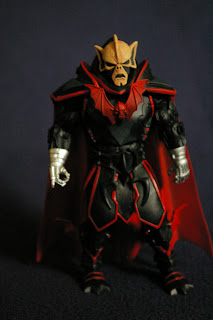 Snake Man-At-Arms - Evil weapon maker for King Hsss. This loyal servant and protector of King Randor is twisted and forced to serve a new evil master by the power of the Serpent's Ring. This figure was made in homage to a 200x figure and a plot concept from the MYP cartoon series that never came to be. 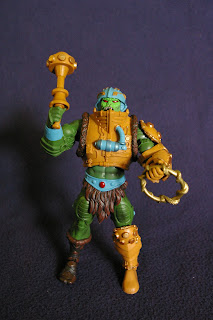 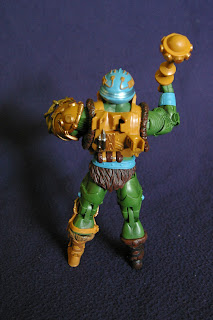 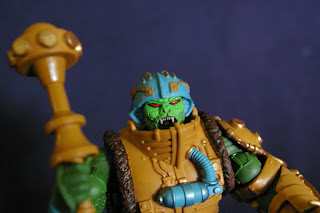 Close up of his snake face. 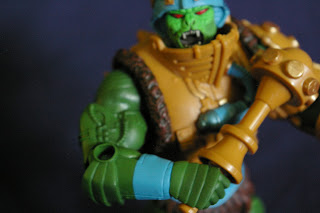 Close up of that undetailed arm band. 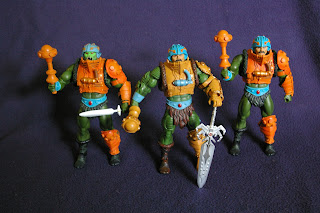