I'm now three lions deep in my Club Lion Force Voltron Subscription through Matty Collector. As a kid I had a diecast Voltron and the Green Lion was always one of my favorites. Green was also my favorite color and I'm sure that had something to do with it. The reason I say "one of", is that none of the other lions can compare to the Black Lion. He's just boss. 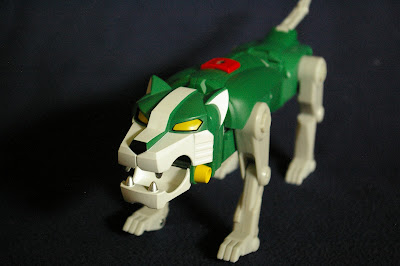 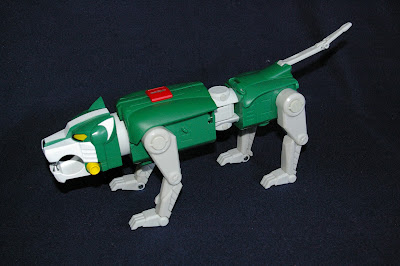 I'm not going to harp on the auto-transformation feature again this time. My position is the same. Don't put action features on Adult Collector toy line! (Although if you had to do an action feature... as a kid I loved how the heads could shoot off of my Red and Green Lion like a spring-loaded missile launcher.) On my Green Lion the locking mechanism for his back doesn't work. The other lions were not hard to get open with the keys... just a little tricky some times. This lion practically opens on it own. Pidge is going to fall out while pulling maneuvers in space. 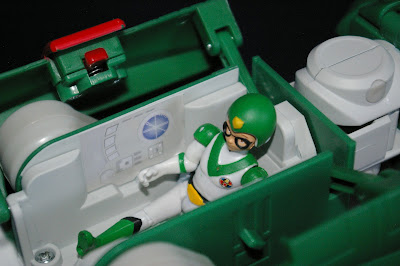 Pidge has plenty of leg room inside his lion. Red and Green Lion has the same internal compartment. So Pidge can really slide around a lot in there and without a propely locking hatch I think he will end up on the floor easily. 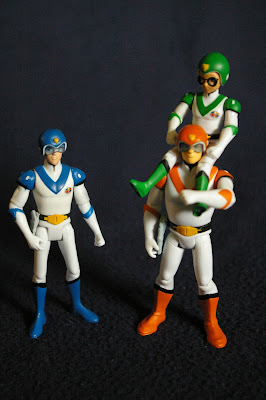 Speaking of Pidge, let's take a look at our pilots so far.  Pidge has the same articulation as the other figures, but is scaled down to look like a kid (as he should be). He comes with a helmeted and unhelmeted head just like the other pilots. A little item to point out, Pidge's helmet does not have a visor due to his glasses, just like in the cartoon. His glasses look pretty good. Sometimes glasses look weird on toys. They are a hard detail to sculpt on a face. 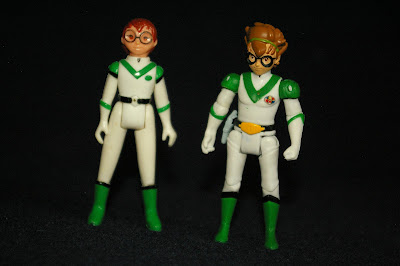 I find it interesting that even though these Pilots are a slightly larger scale than the vintage pilots, both Pidge figures are the same size. The new Pidge with his unhelmeted head always looks like he is looking towards a the ground a little (but that might just be my figure). 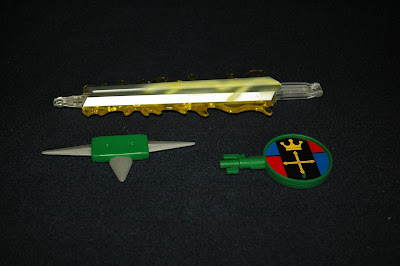 Like the other two Lion/Pilot sets, Green Lion comes with a blade that can be held in his Mouth. Pidge comes with a key to Green Lion that can work as a figure stand and a collect and connect piece to build the blazing sword.  The stand will be helpful with Pidge, his feet are so tiny. 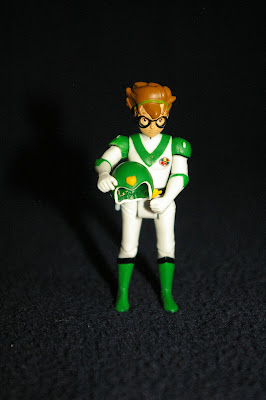 Just like with Lance, while swapping head a few times to take pictures for this review, Pidge broke. I'm not sad or mad. There just wasn't enough glue holding his helmet to his head. On the positive side now I can take a picture of him holding his helmet.
Posted by Buzz Chuck at 8:29 AM