Galoob's Micro Machines were huge in the late 80's and early 90's. By the late 90's they needed something to freshen up their products. They went after the Star Wars license and began cranking out sets of Micro Machine ships and then quickly moved on to making Playsets that were reminiscent of the Kenner Micro Collection for the vintage days. (This time the micro figures were not die cast metal) 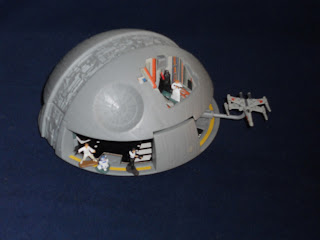 The scale between the ships and the mini figures was so bad. It annoyed me as a kid. The scale from one ship to another is also really bad. The X-Wing is the same length as a Star Destroyer. This set came with an X-Wing, Darth Vader, Princess Leia, Luke Skywalker, R2-D2, and Han Solo. 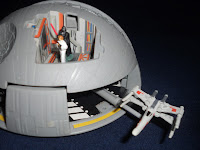 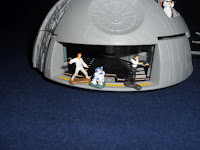 Check out my little stop motion animation and video review of this set.