There wasn't a lot of shared parts in the vintage Star Wars toy line by Kenner. R5-D4 was one of the few exceptions, being an R2-D2 with a different head. Even the sticker that decorates his cylindrical "torso" is just a recolored R2 sticker. 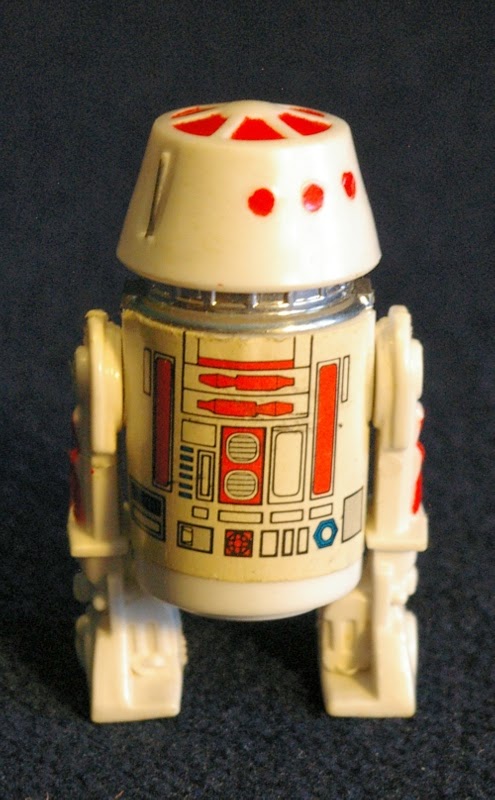 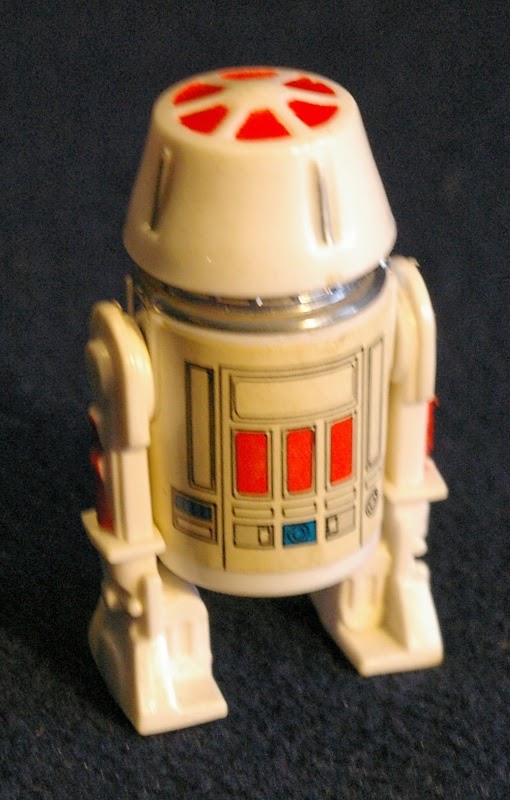 R5-D4 really didn't get a great role in the first film... he's basically a joke that creates a little suspense at the expense of the true star of the Star Wars Saga. I always used him as the other droid at the rebel base as a kid. My buddy Derek has a Y-Wing fighter, and so his R5 was always in the droid socket on the back of that awesome ship. This figure was in nice condition when I bought it 2nd hand at a comic shop as a kid, and held up nicely through many years of me playing with him. He's one of the few Star Wars toys I had as a kid that I never took outside to play with. I was worried about his sticker. I actually had two R2-D2 figures so I could take the one outside without having to worry about getting his sticker dirty..
Posted by Buzz Chuck at 9:28 PM