I've mentioned before that I'm friends with comic writer Doug Moench. His son (Derek) became my best friend in first grade many years ago. To this day I have stayed close to the family. Over the weekend I got a chance to visit Doug and he gave me a pair of Bane Statues for the recent Batman movie. DC Direct sent Doug the pair because he is one of the co-creators of Bane. Doug was writing the monthly Batman title during the Knight Fall story arc.

The first piece is the Bane Bust. This stature is rather small, but very well detailed. It's 6.5" tall including the rocky base. The sculpting details on the face are really nice. Bane looks pissed. The Dark Knight Rises logo is sculpted into the rocky base below the bust. The paint app on the logo is a little funky. 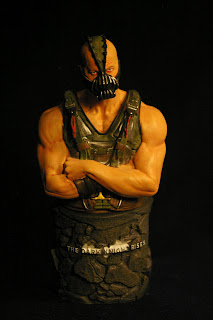 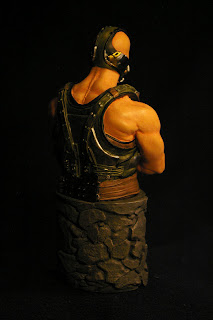 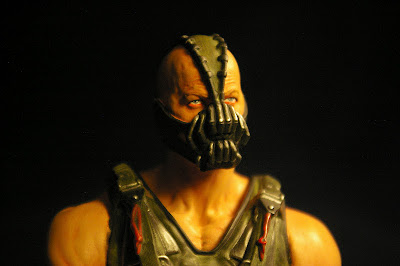 The Bane 1:12 Statue shows the villain holding up Batman's mask as a trophy. This statue is nice, but the details are not quite as good as the bust because the figure is so small. Bane stands around 7" tall  and is on a cool looking bat-symbol base. It's kind of neat how his fingers come though the eye holes on the bat-mask. 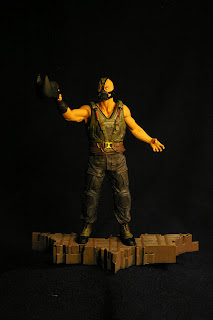 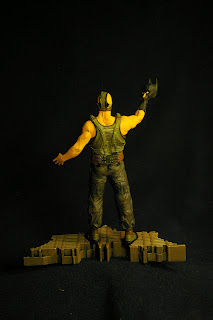 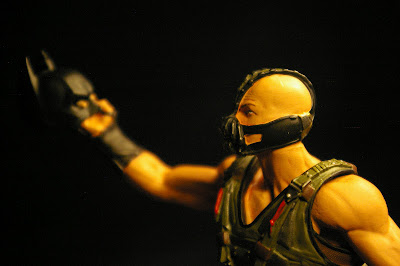 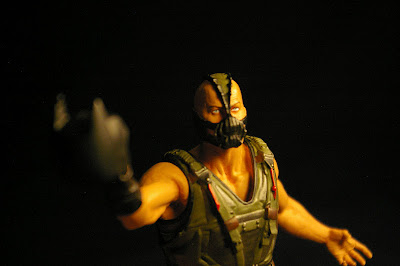