I picked up this Cammy figure a couple of years ago at a flea market. I thought the sculpt on her pony tails were pretty impressive. I usually think of Cammy as wearing green, but all the Street Fighter characters have a couple of color options if both players pick to be the same character.

She has a really nice sculpt. The figure suffers from having very limited articulation. It is also unfortunate about the inappropriate paint wear on this particular figure. Almost anywhere else and it could just be battle damage. 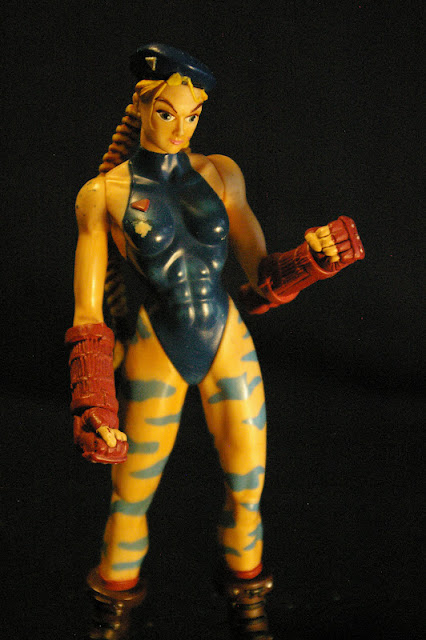 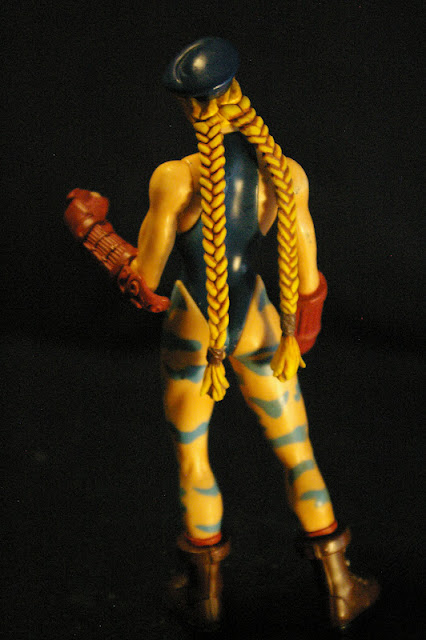 I originally planned to cut off the two pony tails to use on custom figures, but never got around to it. So Cammy lives on intact at the bottom of a box of random toys.
Posted by Buzz Chuck at 4:17 PM