Mr. Sinister was a pretty cool action figure in the 90's. He features a removable hard plastic cape and light-up eyes and chest. I also really liked that his one hand was sculpted open. Many 90's figures features closed hands with a hole throught them to hold weapons. The open hand works well with many X-Men characters for spell casting/mutant power using.

As a kid I never had an issue of the comic that featured him. I mostly based all my play action off his trading card  and an appearance on the X-Men cartoon from FOX. It was nice to have another big bad guy to work into stories. I had been beating up Magneto, Apocalypse, and Juggernaut from Wave 1 over and over again. Mr. Sinister and Ice-Man where the only two figures I was able to pick up from the 2nd wave. 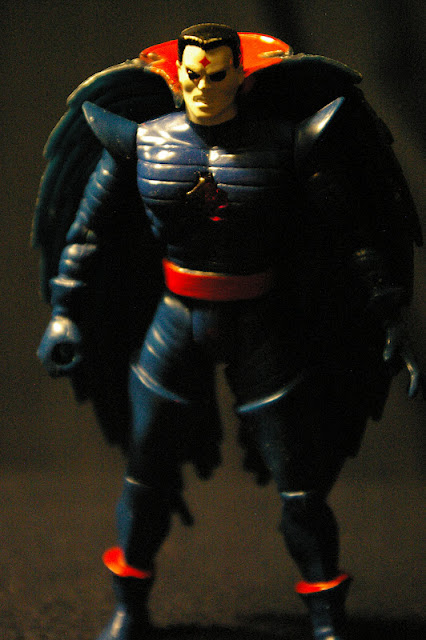 There is a switch on the back of the figure that activates his light-up features. It sticks through a small hole in his cape. For the time period, I think Toy Biz did a great job on his cape. In the comic it is a series of individual pieces, which would be impossible for a toy. 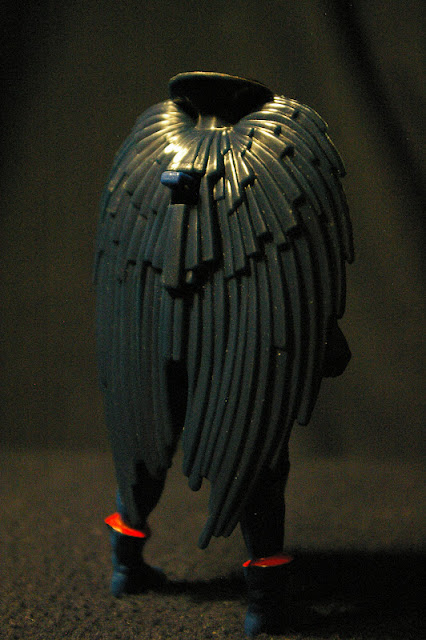 Mr. Sinister is the only X-Men figure I ever owned with a quality control issue. There is a red finger print on his groin. Someone at the factory must have gotten paint on their hand from his belt. 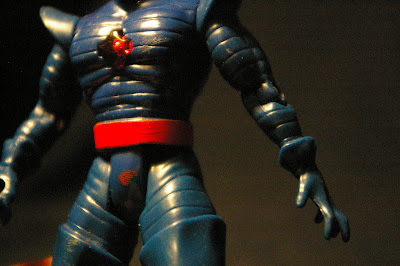