For all the action figures I own, the Thing is the only member of the Fantastic Four I have. A few years ago I picked up a Super Hero Showdown Starter Set from Small Joes.com. The set included an action figure of the Thing, Spider-Man in his blue and red suit, two spring-loaded missile launchers, two figure bases and some cards and rules for the game. The Super Hero Showdown figures were kind of like Marvel Universe toys before that line existed. They are well articulated and well painted, but they feel a little cheap. The joints pop a part a little to easily especially on the thin figures. He's got a real nice sculpt and great paint apps. 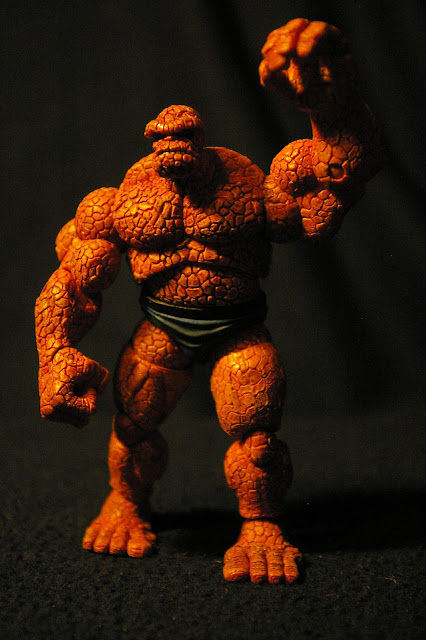 I honestly bought the set for the Spider-Man figure and never looked at the rules or how to play the games.
Posted by Buzz Chuck at 10:40 PM