I never had very many Dino-Riders, but I thought they were very cool. The figures looked a lot like MASK figures and actually came with some accessories. Each one of the dinosaurs were nicely sculpted. The Dimetrodon has a very neat looking fin on it's back and a small button on it's tail to make its mouth move. 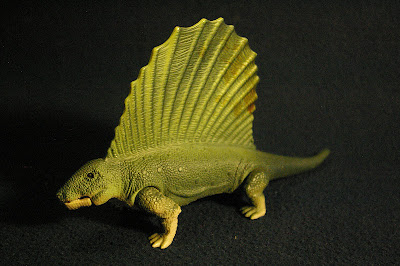 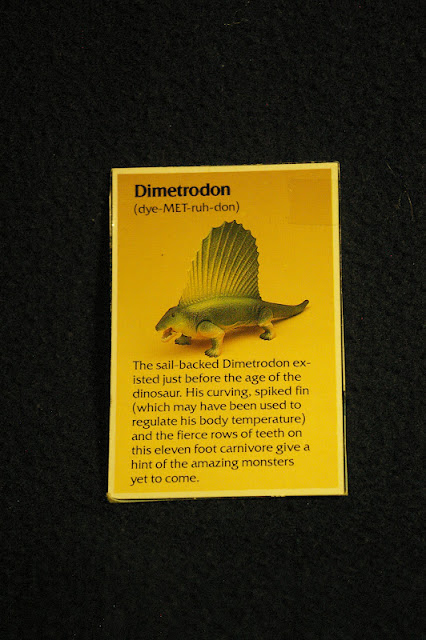 Each package included a little file card about the dinosaur I always really liked the flip down guns built into the dino armor. It almost makes this dinosaur a walking bunker where the rider can hide behind the other side of the armored fin. 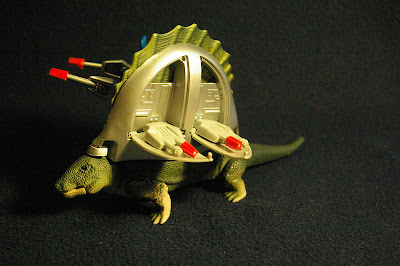 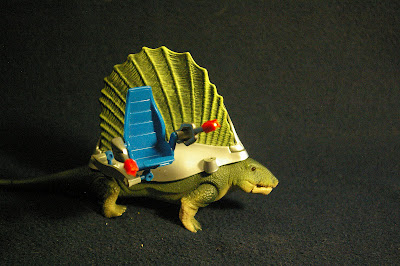 The Dimetrodon also included a Rider named Shado. He is packed away with my MASK figures somewhere. When I dig them out someday I'll post pictures of all the Dino-Riders I own.

My buddy Derek had all the heavy hitter Dino-Riders and I used to have a blast playing with his collection. I always thought the bad guy dinosaurs were cooler. The Brain Boxes they used to enslave their dinos made them look really cool.
Posted by Buzz Chuck at 8:21 PM