Darkseid is one of the coolest figures from the Super Powers line by Kenner. He is massive and included two action features. I bought him at a local thrift store (Care & Share - it supports Mennonite charities) as a kid. He didn't have his cape, but that never bothered me. When you squeeze Darkseid's legs together his arms move. I always loved using that feature to have him punch stuff with his closed fist. His open hand is just large enough you can have him hang onto a hero's ankle and dangle them upside down. 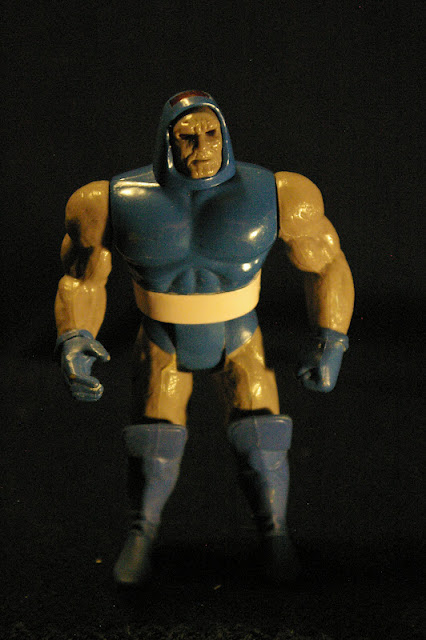 As a kid, I dropped him off the dinning room table while playing with him and his fist arm broke off. Luckily it still kind of sits in place. Just the way the pin in his shoulder broke I can rest it in place and the action features still works. If you move him around to much or are rough with him it just falls off. My favorite thing about him as a kid was his Omega Eye Beams. If you hold him in the light right, his eyes light up. I though this was so cool. Later in the 90's this was used on several Star Wars figures including Jawas and R2-D2. 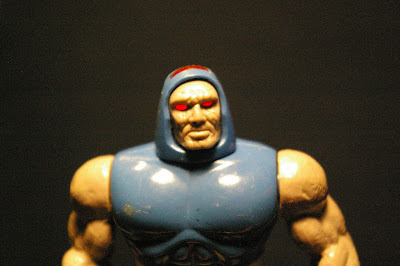