This Ultraman Zoffy figure was given to me for Christmas one year by my buddy Derek. He has a huge collection of Japanese monster toys including Godzilla, Ultraman, and Gamera. We used his collection in our movie Godzilla Flick. That video starts with actual footage of me opening Godzilla and King Kong figures from Derek for my 6th Birthday. This Zoffy figure has a whole three points of articulation. He has a pivet joint at his shoulders and his waist. These guys where not very possible. You could never recreate any of their poses from the shows with these figures. Derek probably has 7 or 8 different Ultramen, but I has the Commander. 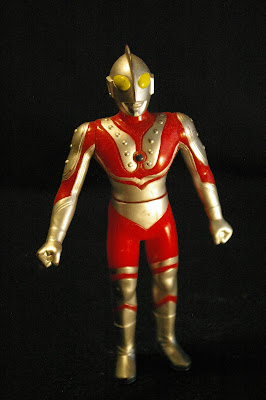 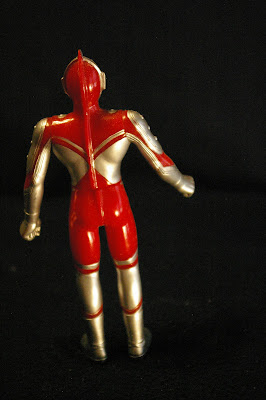