Sometime after the first X-Men movie was out of theaters I was in Toy R Us and they has a lot of figures from the line on clearance for $1.99. I picked up a few characters, and most of them were to be customized to use as generic civilians in my animations. I actually picked up to Professor X figures.

The figure came with a wheel chair, and his knee and hip joints were super loose. He was actually unable to stand. It makes sense for Professor X, but I need him to stand. I injected hot glue into his joints and then broke them free. This gave him nice and tight leg joints. Then I sculpted hair on him, hoping to make him not instantly recognizable as Charles Xavier. 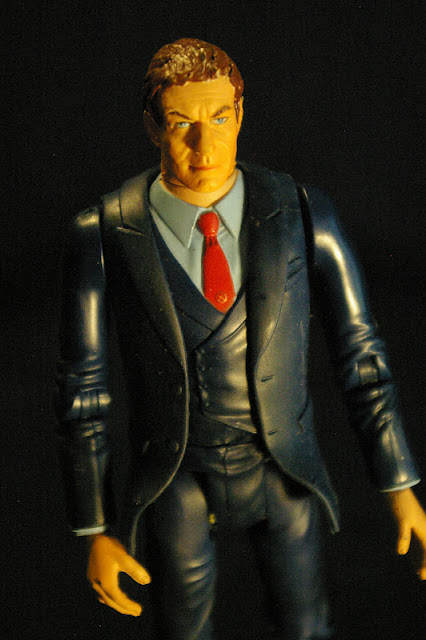 At the time I wasn't sure if he'd be used as a politician or a businessman when I customized him. In our animated show, Animation Creation, he was used twice. First (and briefly) he was a bank manager in a Millersville Campus Police video. The second time he appeared as a hard nosed reporter named Xavier Roberts. This is both a nod to Charles Xavier and Cabbage Patch Kids creator Xavier Roberts.