This is a cel from He-Man and The Master of the Universe. It's from the 78th episode, titled Betrayal of Sratos. This cel depicts a battle between He-Man and Whiplash. He-Man is very large in the frame and pretty much fills the entire cel. 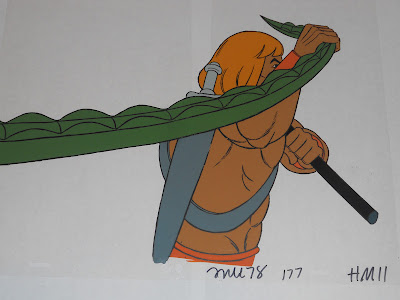 Here is the pencil sketch that goes with the cel. He-Man is holding a bar from a prison window in his other hand. Later in the scene he used the bar to tie Whiplash's tail to a rock formation. I donated both the cel and sketch to the Toonseum in Pittsburgh Pennsylvania. 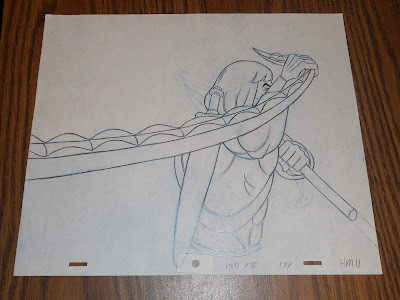