I have posted quite a bit on this blog about the Masters of the Universe Classics line, but today I figured  I would post about a vintage toy. Man-At-Arms is from the first wave of figures. He features the standard MOTU body molded in green. He has a molded on helmet and three removable orange armor pieces. 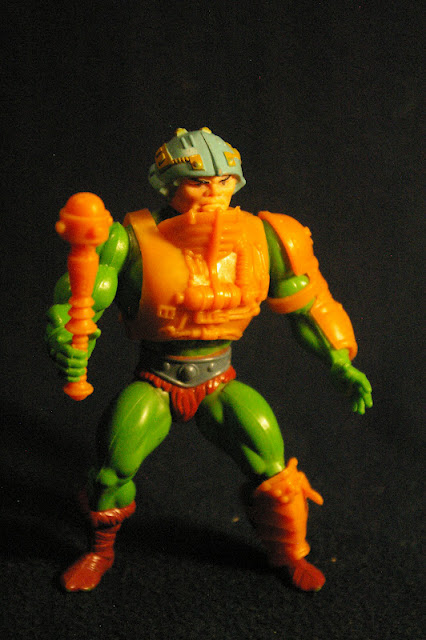 I got into He-Man and the Masters pretty early on in life, but I was born in 1982, the same year the first wave was released. So any figures from that wave I had as a kid pretty much came from a yard sale. Although a few of them I was able to get as reissues in the store as a kid. I remember getting Man-At-Arms at a yard sale along with the Windraider and loving both of them. 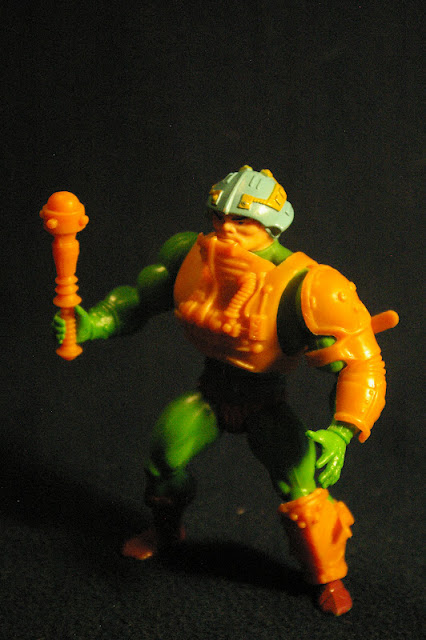 I really enjoyed the figure, but always wished he was more Filmation cartoon accurate.. For the cartoon the designers added a mustache to make him look older than He-Man as well as giving him symmetrical armor. This allowed the animators to flip drawings. The action figure came with an orange mace that was rarely, if ever used in the cartoon. 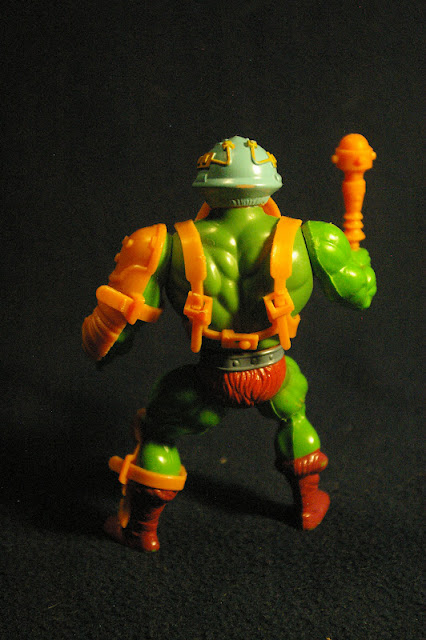 From the back of the figure you can see all the little clips and snaps that hold his armor in place. If I could ask the designer of this figure one question, it would be... Why green?  I'd love to see someone do a head swap with a He-Man body and slap this armor on that figure to see what he'd look like with flesh tone skin.
Posted by Buzz Chuck at 5:36 PM