ActionFig (a.k.a. Tony or pancuco) from Action Figs & Things! sent me a care package as a thank you for the one I sent him. I got it today and wanted to thank him. You are too kind. I didn't expect anything in return for my original package.

Several months ago (back when I temporarily didn't have my drivers license) ActionFig posted about some stuff he got in a trade. He also mentioned the other blogger threw a few surprises in the box. This got me thinking about sending people some stuff. I started setting a few items aside for the people that commented a lot on my blog. People I was beginning to consider friends. Most of the stuff was toys I got in lots on ebay or at flea markets that were duplicates. When I got my license back and was ready to ship them out I was so toy hunting starved I went crazy and bought lots of toys for myself and a few to stuff in these packages I was sending out.

So, now to show off what ActionFig sent me... 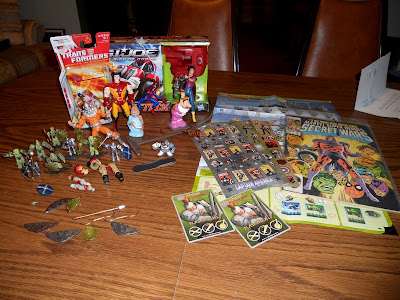 He packed a ton of stuff into that box. 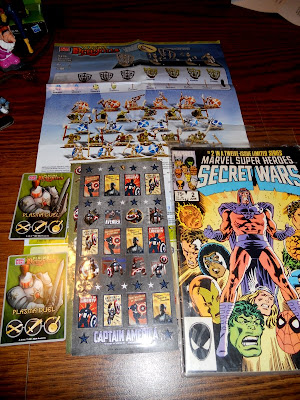 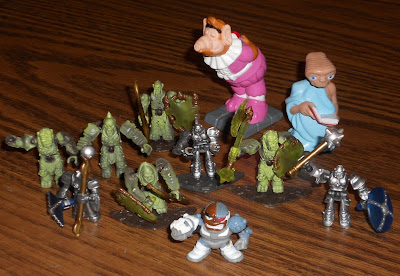 There was an entire army of Mega Blocks Mini Figs, an Alf toys from a fast food promotion, an ET figure, and a super deformed mini-fig of Cyborg from Teen Titans. I love this little guy! 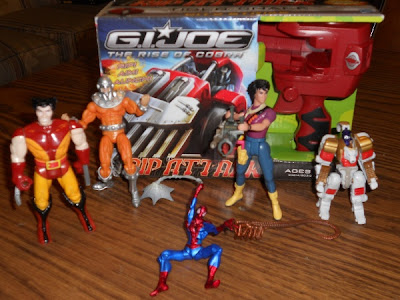 A boxed GIJoe: The Rise of Cobra vehicle, a number of Marvel Heroes, Lt. Ripley from Aliens, and a Transformer. I'm a little worried that ActionFig sent me his Wolverine. I thought you were so excited to have him and his mutant cycle? (Maybe he's buying a complete one or had two) 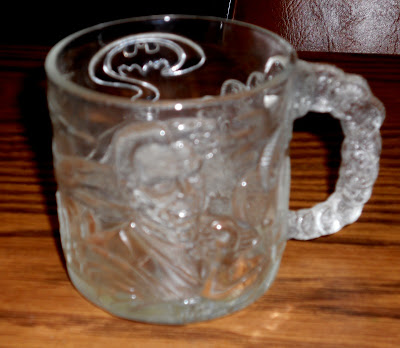 Last but not least, a Batman Forever mug featuring Two-Face (it's hard to photograph glass - sorry) which was part of a fast food promotion back in the day. I never had any of these,
but I remember drinking out of them at my friend's house.


So, if you haven't check out Action Figs & Things yet, you really should.
Posted by Buzz Chuck at 8:44 PM