On a recent trip to Dollar General I picked up two Batman figures. They were $6 a piece, but they are kind of cool. The first one features a black and silver costume. He has a non-removable black cape. The second Batman features a blue and gray uniform with battle damage. His cape is really cool It is also non-removable but is blue on the outside and black on the inside. 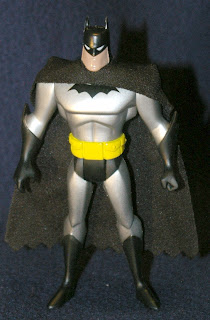 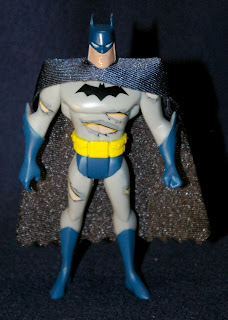 Both figures use the same mold and feature five points of articulation like vintage Star Wars figures. Their capes are stitched near the shoulders in a way the makes the cape raise up to points almost like a bat's wings. The paint is not quite as clean on the blue and gray figures. Notice how the top edge of his gloves are not painted blue like the other figures gloves are painted. 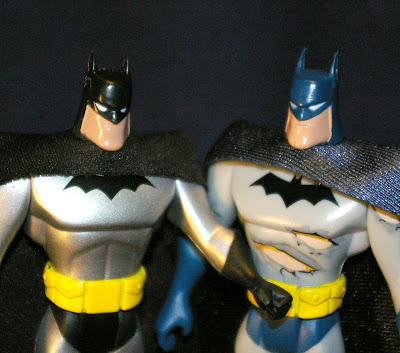 You sir are an imposter!
Posted by Buzz Chuck at 9:24 PM