During the mid 90's a four issue series of Mini-Comics was released by Marvel as a promotion with Drake's Snack Cakes. My Grandmother frequently bought these cakes and save the little comics for me that featured Spider-Man, the X-Men, Hulk, and Silver Surfer. 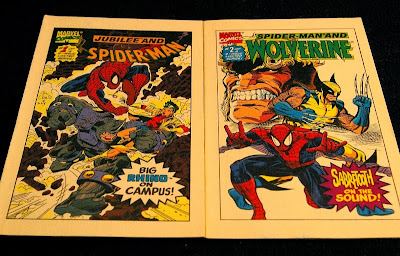 I lucked out and got all four issues. 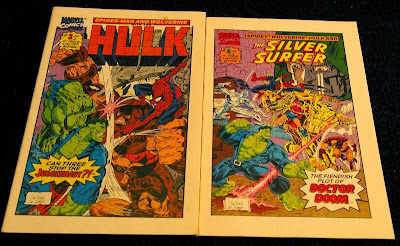 The back of the issue had a little add for the cakes.
"Hey Kids! Ask for Drake's - The Snack Cake Champ!" 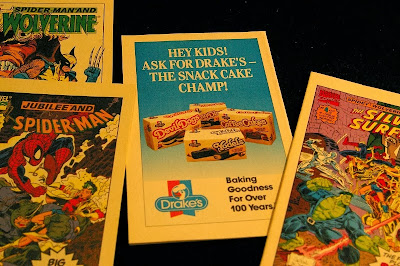