Han Solo, the bad boy of the Star Wars Universe, was my least favorite figure from the first movie. There were two versions of the figure. They are commonly known as the big head and small head variations. I personally like the small head version best.  I avoided buying either of  these Hans for a while as a kid. The Han Solo in Bespin gear and later the Han in Endor Gear were my go to Solo figures. 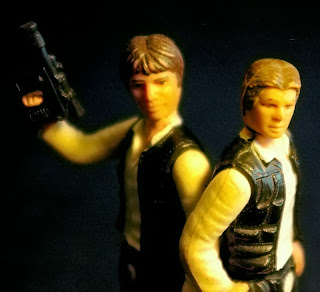 His pose is kind of dorky looking.  I think his open hand was always the thing I disliked about the figure most. I don't know why. Han does contain a lot of good details like his belt and holster. I'm sure there are tons of people out there that love this figure... I understand that there was a time when he was the only Han Solo. 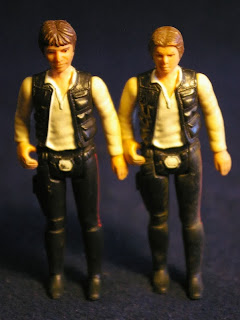 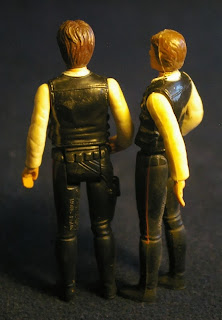