Young Justice was a cartoon show that was part of the DC Nation cartoon block on Saturday mornings. Unfortunately after two seasons the cartoon show was canceled. Young Justice focused on "The Team", basically all the teen heroes formed their own Justice League like the Teen Titans. It was in my opinion the best DC cartoon since Batman: The Animated Series. 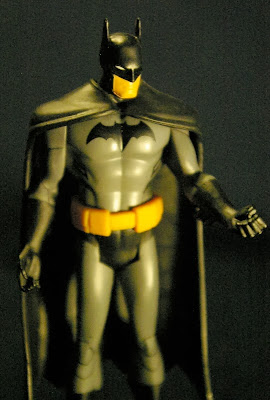 Like most cartoons, the show was supported by a line of merchandise including action figures. The figures did a nice job of capturing the style of the cartoon. When I saw the Batman & Robin two pack at Toys R Us I had to get it. After cracking the pack open I was disappointed to find out they had very little articulation. The Young Justice figures, like the toys for Batman:tAS and Justice League Unlimited only have five points of articulation. Their shoulder articulation is further hindered by their caps. They look great, but unfortunately don't really have any posing options. 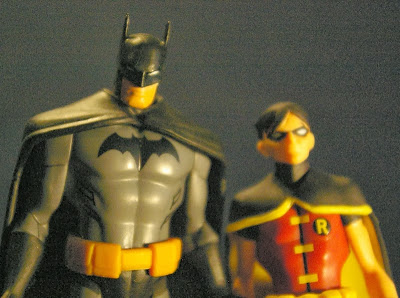