One of the most popular characters released this year for the Masters of the Universe Classics line was Ram Man. The original figure was kind of odd, and he got a goofy treatment in the Filmation cartoon. For the 200x series he was redesigned as a larger and beefier character. He filled the role of the strong, but dumb archetype often seen in popular mythology. This new classic figure is massive. He's not really taller, but thicker. His hands are bigger than many character's heads. 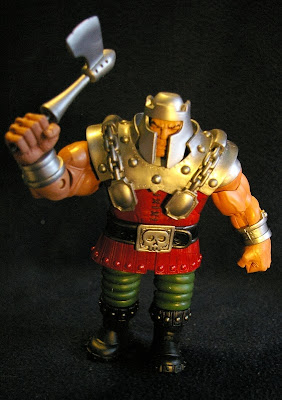 Ram Man is a perfect update of the vintage figure. He features great detailing on his face as well as his armor. This is the first Ram Man to ever have two independently pose-able legs. Since the classics figures do not have action features there is no springing legs here. 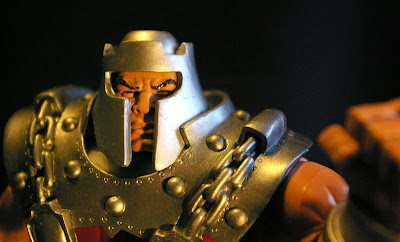 In the 200x cartoon Ram Man was occasionally seen without his full helmet on. You could see that the top of his helmet was actually a plate bolted to his head. This version of Ram Man came with two heads. One helmeted, and the other with just the top plate. Both feature the same squinting eyes. This facial feature comes from the original cross sell art. 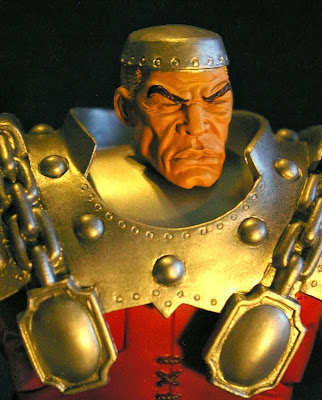 Ram Man's armor features a clip on his back that can store his axe.  Ram-Man's axe is his only other accessory he came with besides his alternative head. He was a deluxe figure due to his large size. He was a very expensive figure for Mattel to produce because he was 100% new tooling will little change of reuse. 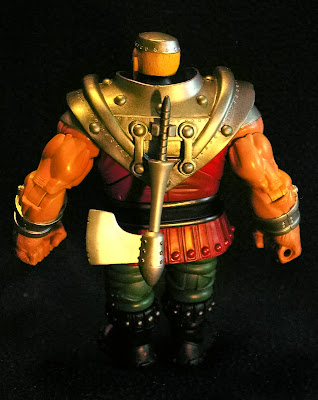