I've been looking at some of the Mission Series 2-Packs Hasbro has been releasing. At first I didn't like what I saw, action figures with less articulation. I had grown so used to the highly articulated figures we had seen for so long. Then slowly I began to look at how they could fit in with the old Kenner figures. I recently picked up two packs, and today I'm focusing on Obi-Wan and Darth Maul.

Obi-Wan is based on his appearance during the Clone Wars. He is dressed in his Jedi tunic, but is wearing Clone Trooper gloves. His hair and beard look very similar to how they did in Revenge of the Sith. Obi-Wan came with a blue lightsaber accessory. 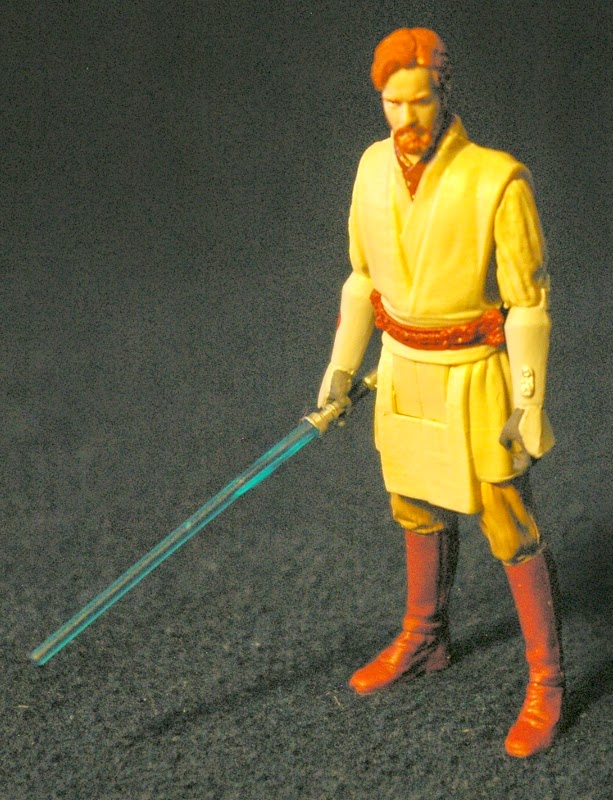 Darth Maul doesn't look as much like he did in the Clone Wars show. His outfit looks somewhat like like his Phantom Menace outfit, minus the skirt piece. His uniform is also two toned with black and gray. His shirt is open, showing off more of his black & red skin. He is wearing silver boots and came with a single bladed red lightsaber.

This two pack is a good value if you don't mind the limited articulation. With the popularity of the new Retro Action figures, I could see these being popular. If Hasbro was smart they would create more characters from the original movies that were not included in the Kenner toy line. 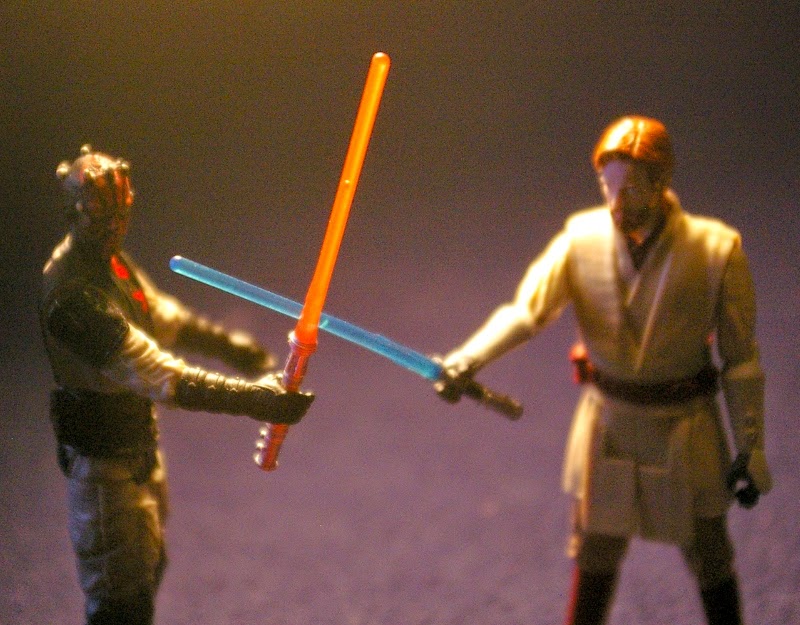