I recently picked up two blind boxed TMNT figures. I've posted about several other blind box series in the past, but I'm a huge sucker for Ninja Turtles.  These little figures each come with three points of articulation (neck and shoulders) and little weapon accessories. I've seen the Turtles weapins, but I'm not really sure if the bad guys come with weapons or not. I'm very happy with my luck at pulling blind boxes. Michelangelo & Leonardo are probably my favorite Turtles, Mickey for sure. 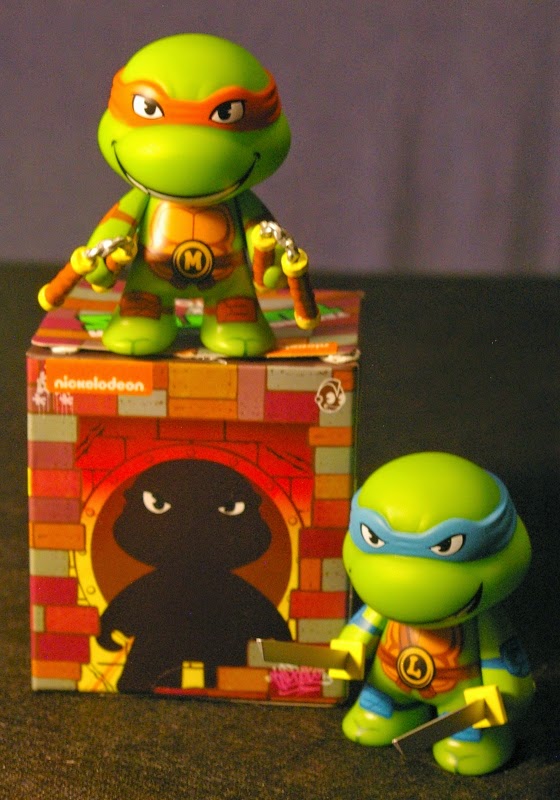 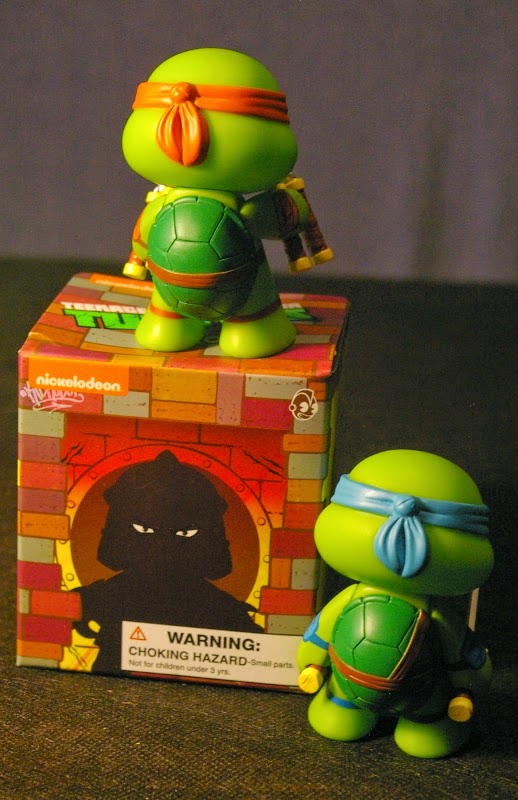 
Here's a shot of the two blind boxed Turtles with a Funko Pop Turtles, Nick Turtles action figure, and Loyal Subjects GI Joe figure to show off their scale. The detail on there accessories are incredible, but the sculpting of their hands don't allow them to have a super tight grip. Leo holds his swords pretty well, but Mickey drops his nunchucks pretty easily. 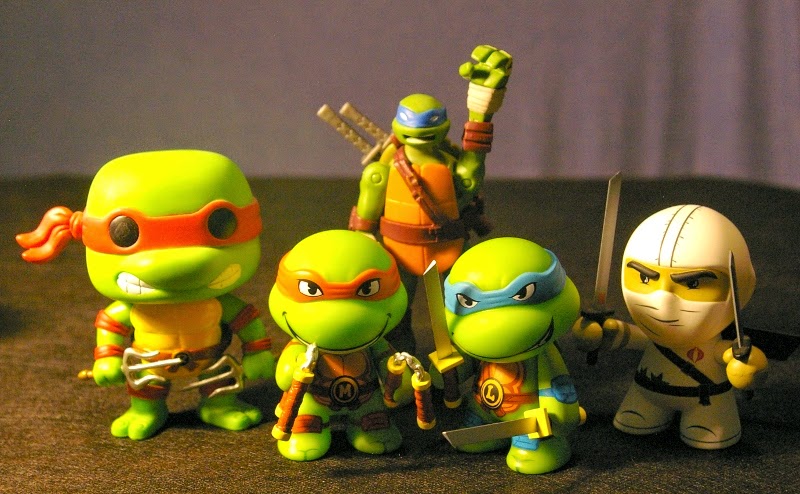 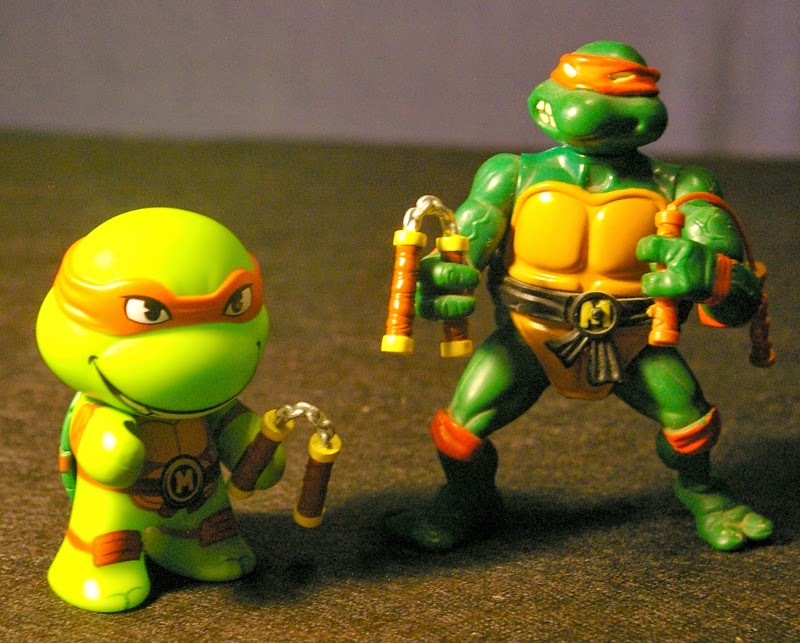