Well, as I've mentioned before my friends and I created a stop motion animated video series about toys trapped in a toy collectors college dorm room. It'd called Action Figure Adventures. When we were designing the end credit sequence I got the idea to us Colorforms of the characters next to the text credits. If you don't know what Colorforms are, they are paper thin vinyl shapes or characters that can be applied and reapplied to smooth surfaces. I've had  Colorforms of some of the character since I was a kid. Others I set out to track down. 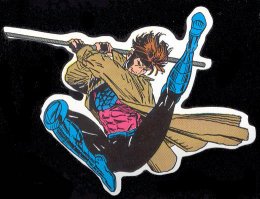 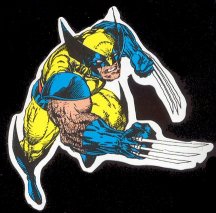 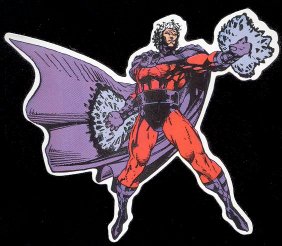 Gambit, Wolverine, and Magneto from a 90's X-Men Colorforms Set.

This Spider-Man comes from a Marvel Heroes Colorforms set the features Spidey, the Hulk, and Captain America.

Unfortunately, I could not find Colorforms of all the characters. As far as I can tell, there as never been a Star Wars Colorforms set. I had to be a little more resourceful. These images came from old Marvel comics. I had to create the white boarder around the characters similarly to the way most Colorform sets appear. The dies that cut out the characters are kind of loose... I guess so they don't have to have perfect registration. 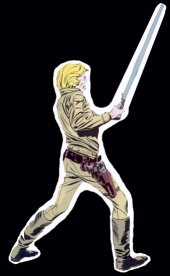