In the the early 1980's LJN had the license to make toys based on TSR's Advanced Dungeons and Dragons role playing game. There were a series of toys and a Saturday morning cartoon to go along with it. They made figures in several different scales. Today's post features two articulated mini figures.

Kelek was the evil Sorcerer form the series. He's a old man with a bald head and long white beard. He's dressed in a black robe with red trim and carries a green staff. The paint work and sculpting is very nice on this figure for such a small 80's toy. 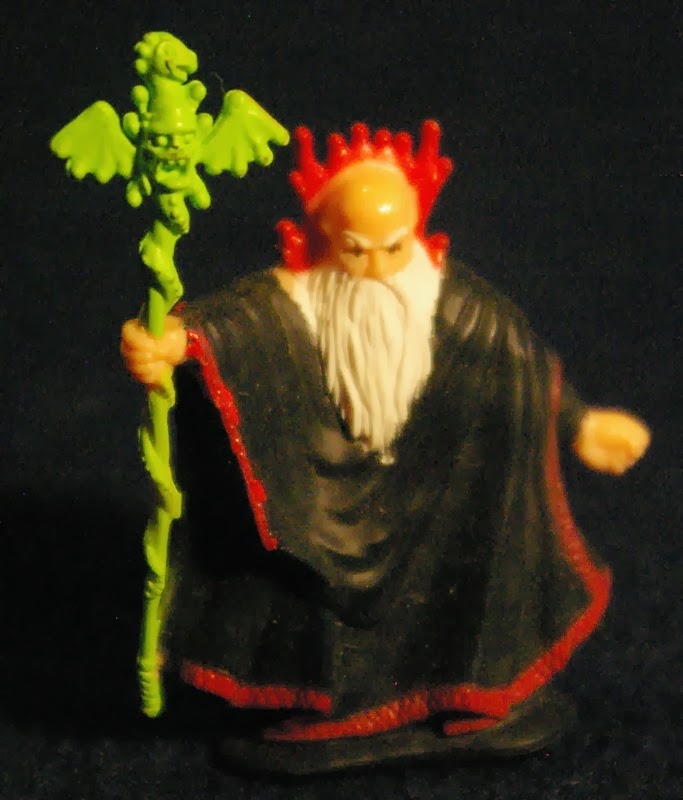 Elkhorn was a heroic dwarf fighter. He is armed with a sword, shield, and elkhorned? helmet I've always thought it was funny that his beard is blue.He wears a brown tunic and green pants. It looks like he has some chain or scale mail armor on his arms. 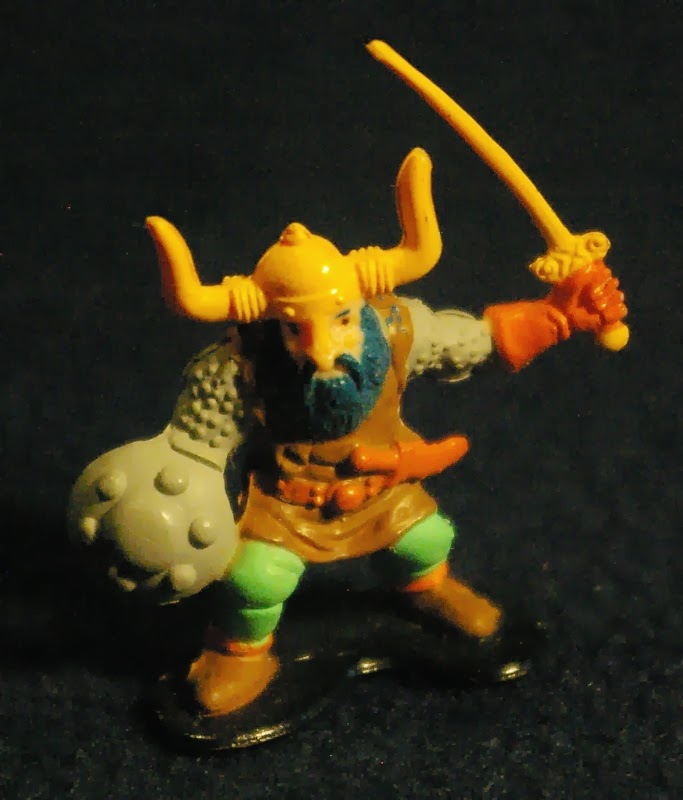