Hercules vs Archfiends in the snow

On the arctic plains Hercules, son of Zeus, is locked in epic combat with Acromancer's Archfiend army. The cold handle of the Sword of Heroes stings in his hand. He know that were there are one or two skeleton warriors, many more must be near. 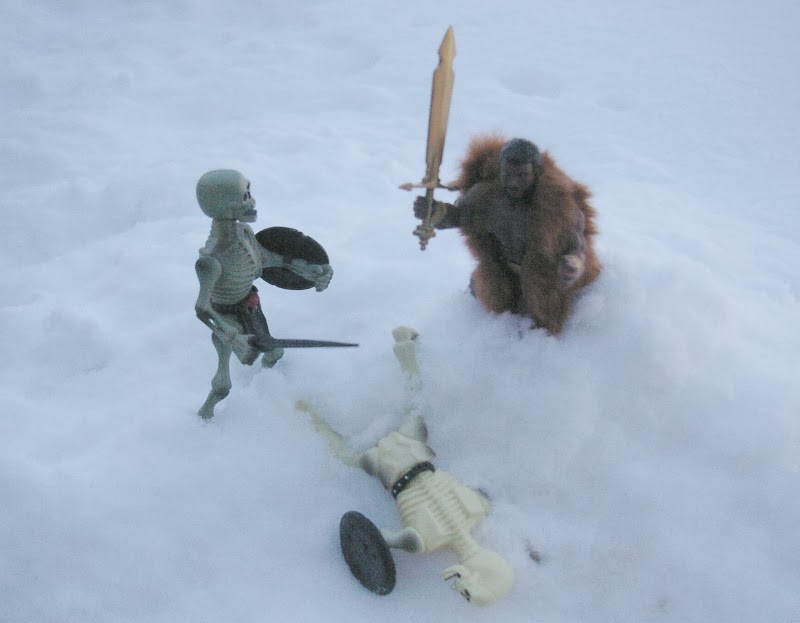 It's a cold day on the plains, but Hercules is sending the Archfiends back to Hades. The clang of steel echos for miles on the freezing winds. The hero struggles with every step he takes through the deep snow. 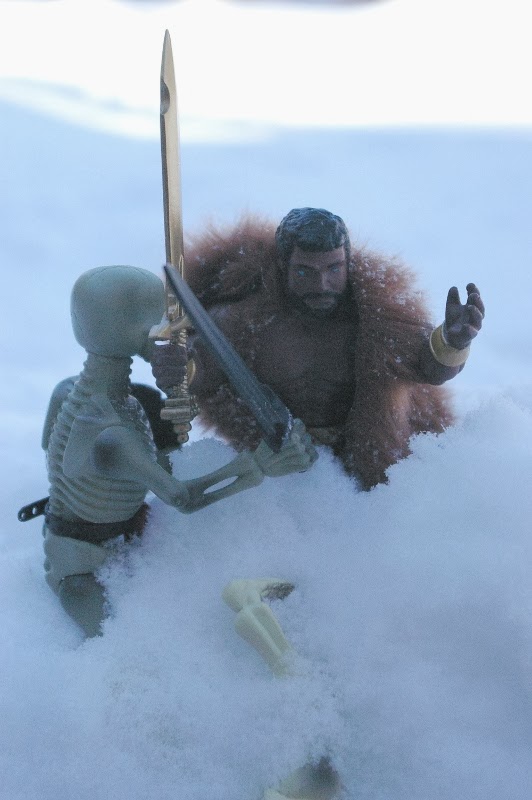 Realm of the Underworld figures are produced by Zoloworld
Posted by Buzz Chuck at 6:41 PM